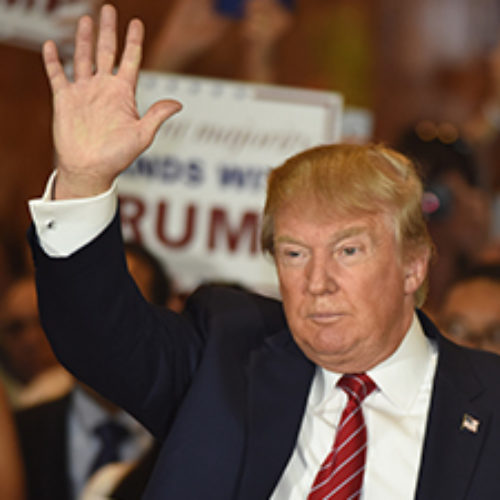 Donald Trump used to utter these words in the hit cross-Atlantic TV show The Apprentice. Today, the American electorate have given the same endorsement to him: “You’re hired”.

Despite having recently experienced our own ‘surprise’ victory in a two horse race, today’s news from that USA has ‘trumped’ the BREXIT headlines due to the potentially greater global implications.

Like BREXIT, the focus of the US election campaign was on personality rather than policy. This means that there is a lack of clarity as to exactly how Donald Trump’s victory will change people’s everyday lives. One thing we can be fairly confident of is that investment and currency markets will be volatile for some time as investors try to process the implications for companies, governments and currencies.

The initial reaction to the BREXIT vote was a dramatic fall in the value of shares on the UK Stock market. The FTSE100 index was down 10% in very early trading on 24th June, but despite the unexpected result, it recovered very quickly the same day and has since gone on to reach record highs.

We are sometimes asked why we don’t take action, either pre-emptive or immediate post-event when potentially seismic events like an election or a referendum take place. BREXIT and the US election have provided the answer. You don’t always get the outcome you expect. We are long-term investors in capital markets rather than short-term speculators looking to make a ‘smash and grab’ quick buck.

We find it strange that anyone should be surprised by the outcome of a two horse race. We have read in the run-up to today’s US election result that a Trump victory has not been ‘priced in’. The reality is, of course, that markets consider both possible outcomes.

Now that the outcome is known, all of the market participants are processing all of the available information to set a ‘market’ price for each of the constituent securities. This process is no different today than it was yesterday, the 24th June, the day the Berlin Wall came down or the day that Lehman Brothers collapsed. Markets work. Trust them. Make them your ally rather than your enemy.

The second of our seven investment principles is “Markets work: don’t try to pick shares or managers, just diversify.”

We didn’t just make this up. Everything we do is based on academic evidence. The evidence relating to stock market returns in US election years and the subsequent year is that in the majority of occasions, they go up!

One of the most important functions we perform as financial planners is to help our clients make good decisions. History shows us that the most sensible decision in the immediate aftermath of a seismic event is often to sit tight, let the waters settle around you and then make considered, informed decisions once the way ahead is clear. This feels like exactly one of those moments.

Some of you will understandably be unsettled by events at the moment; our door is always open and our phones are always on, so if you would like to discuss how the US election result might affect your investments, please don’t hesitate to get in touch.

This blog post was written by Barry O’Neill, investment director at Carbon. You can view Barry’s profile here or contact him via email on barry.oneill@carbonfinancial.co.uk.