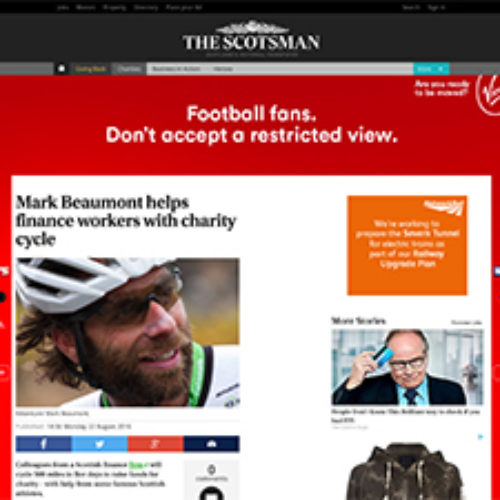 We were delighted with the article in last Monday’s edition of The Scotsman which featured our Carbon Fivers team which is raising funds for Winning Scotland Foundation. The Carbon Fiver team started their grueling five day challenge early this morning leaving from Inverness to complete the first leg over 82 miles to Applecross.

The Scotsman were kind enough to feature the Carbon Fivers campaign in an article that highlighted the support for the team from some of Scotland’s top athletes. Among them, Guinness world record holder Mark Beaumont and world champion triathlete Catriona Morrison, both of whom work with the charity. They will be offering advice, support and encouragement for the Carbon Fivers team.

We wish the team well as they start the first of five extremely tough days in the saddle. If you would like to support them by donating to the Carbon Fivers campaign, you can do so here.

If you would like to read the whole of the article in The Scotsman, you can do it here.