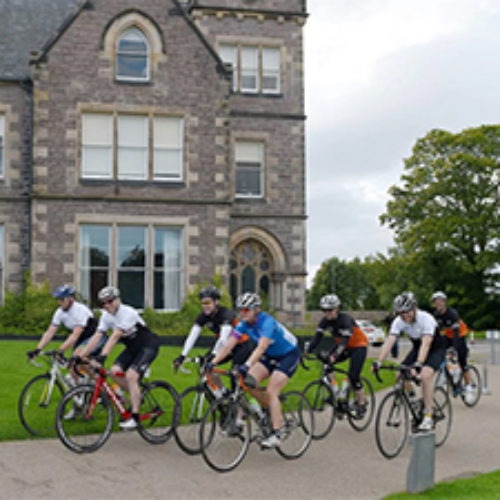 We are delighted to report that the team has successfully completed the Carbon Fivers Highland 500 challenge within the five-day target, covering 500 exhausting miles in the process.

Mark Christie, Richard Wadsworth, Iain Harper, Nigel Chapman, Max Chassels and Ian Ord from communications agency, Fifth Ring, were delighted to have completed the grueling challenge, and to have raised so much for Winning Scotland Foundation in the process.

The team were also delighted with the support and coverage received for the Carbon Fivers Highland 500 challenge, both in the run up to the challenge and since they complete the route. The Press & Journal were kind enough to feature the team’s fantastic achievements last week, you can see the article and some pictures taken during the five days here.

There’s still time to support the tremendous efforts of the Carbon Fivers team by donating to the campaign, you can do so here.