You’d be amazed at how superstitious investors are 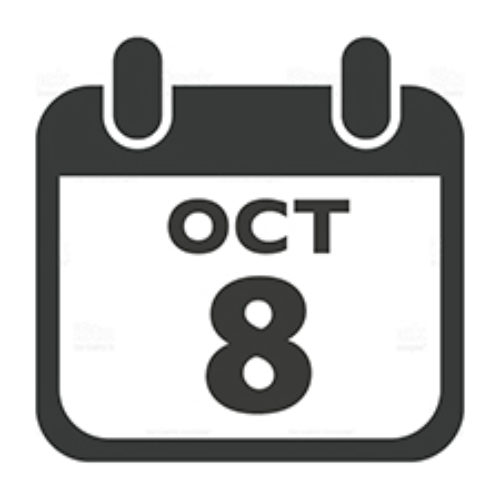 Carbon’s investment philosophy is based on independent, peer-reviewed and time-tested academic evidence. But many investors prefer to rely on hunches and opinions, while some are even downright superstitious.

In 2014, three academics looked at superstitious behaviour in the Taiwanese stock market. In Chinese, the number eight sounds like the word for prosperity. The number four, on the other hand, is similar to the word for death. The researchers measured the strength of traders’ superstitions by the regularity with which they chose prices ending in eight, and how keen they were to avoid the number four.

Remarkably, the research team found that investors were more than 50% more likely to place an order ending in an eight than in a four. As a result, the daily returns of the most superstitious investors were 0.03% lower than the least superstitious. That equates to a staggering shortfall of 8.8% a year.

More recent research by David Hirshleifer at the University of California, Irvine, and Ming Jian and Huai Zhang from Nanyang Technological University in Singapore, identified similar patterns. Their focus was on Chinese initial public offerings (IPOs), and the extent to which investors chose or avoided different offerings depending on their listing code. “In summary,” their paper concluded, “our findings are consistent with market prices being biased by superstitious beliefs about lucky numbers.”

It is, of course, true that many Asian cultures are fairly superstitious, but you might be surprised at just how irrational investors in the West can be when it comes to superstitions and beliefs.

There are, in fact, all sorts of superstitions surrounding investing. A common one, for example, is the so-called October Effect. Many of the biggest stock market crashes have happened in October, most famously in 1929. Black Monday in 1987 and the Asian currency crisis 10 years later both happened in October, as did the collapse of Lehman Brothers, the event that triggered the global financial crash in 2008.

When you look back through market history you’ll see that October, on average, has not been a particularly bad month for stocks at all. But that doesn’t stop the media talking about this phenomenon, or investors hearing about it and acting on it, every year.

It’s a similar story with ‘sell in May and go away’, the theory that investors are better off keeping out of equities over the summer, and the Santa Rally, the perception that stock prices tend to rise in the run-up to Christmas.

In some of these cases there may indeed be a tiny element of truth, but distinguishing genuine patterns from pure random chance is extremely difficult. Even harder is acting on these beliefs and actually profiting from them. You may, for example, choose to sell stocks in May only to find that stock markets rise over the summer months, leaving you the dilemma of when (or whether) to get back in.

At least, though, ‘sell in May’ and the Santa Rally sound plausible. But there are plenty of other market indicators that are far more fanciful. It was in the 1970s that a sportswriter named Leonard Koppett observed that if a team from the American Football Conference, the AFC, wins gridiron’s most coveted prize, then a bear market usually follows; but if a team from the National Football Conference, or NFC, comes out on top, then stocks go on a bull run.

Although it was only supposed to be a bit of fun, the Super Bowl Indicator has taken on a life of its own in recent years, not least because it has proved remarkably reliable. Since 2000, the indicator has been right 12 out of 17 years — a success rate of 70%. As this year’s Super Bowl winners, the New England Patriots are an AFC outfit, the theory goes, we should therefore expect stocks to end the year lower!

Nor is the Super Bowl winner the only wacky market indicator that pundits like to talk about. There are, for example, indicators based on the height of ladies’ hemlines, lipstick sales, whether or not Boston has a white Christmas. Some people, believe it or not, choose to buy stocks when butter production surges in Bangladesh.

Indicators such as these are, of course, nonsense. But again, they still get talked and written about and, doubtless, there are many investors out there who do pay attention to them.

Now you may be reading this and thinking that it doesn’t apply to you. But every investor, to some degree or other, is prone to behave irrationally, whether it’s only owning stocks that you’re familiar with, concentrating your equity exposure in your home market, or wanting to justify poor investment decisions that you’ve made in the past.

Using actively-managed funds is itself a form of superstition. It involves having faith in the view of one individual, or group of individuals, that the market consensus — the combined wisdom of every single market participant — is wrong. Of course, it may turn out to be a good choice, but the overwhelming likelihood is that, after costs, the manager you choose is not able to outperform the relevant benchmark over the long term. Even if he or she does succeed in doing so, it’s by no means certain that their outperformance was down to skill rather than just plain luck.

The lesson is to try to stay rational and let academic evidence guide the way. Superstition and successful investing really don’t mix.