Why you shouldn’t go for cash until Brexit uncertainty clears 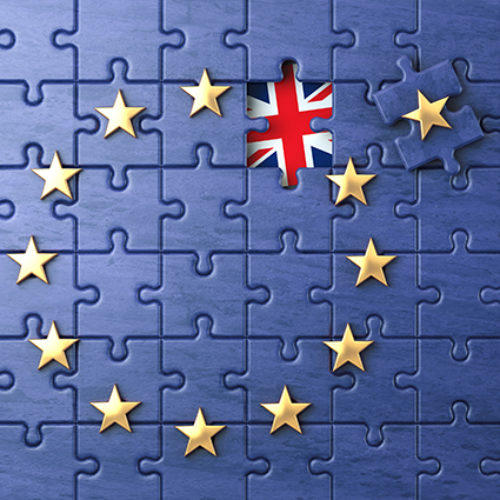 We certainly live in interesting times. At the time of writing, nobody knows what’s happening with Brexit. Will a deal be reached to prevent a disorderly exit? Either way, what will be the impact on the UK and European economies? And how will markets respond?

In the circumstances, it’s understandable that many investors are considering reducing their exposure to equities until things become clearer. Investing is a hugely personal matter, and nobody should take more risk than they’re comfortable taking.

However, going to cash is not a decision that should be taken lightly, without serious thought or without seeking the opinion of a competent financial adviser. Regardless of Brexit, there’s a very strong case for keeping your portfolio exactly as it is.

So, if you’re thinking of sitting in cash while events unfold in Brussels, here are some things need you need to bear in mind.

1. Timing the market is notoriously difficult.

The evidence shows that it’s almost impossible to do it accurately with any long-term consistency, and the professionals are little better at it than the rest if us. And remember, you have to be right twice; you might get out at the ‘right’ time and then spoil it all by mis-timing your re-entry.

2. All known information is incorporated into market prices.

Current valuations reflect everything we know about Brexit and the likelihood of all the different outcomes. Do you honestly know something about Brexit that the rest of the market doesn’t?

3. It’s new information that causes prices to rise or fall, and that, by its nature, is unknowable.

True, government ministers and officials involved in the negotiations may be privy to vital information, but they’re bound by insider trading regulations so can’t act on it anyway.

4. New information is incorporated into prices within seconds, even milliseconds.

If there is a significant development over the coming months, it will be absorbed so quickly by the markets that by the time you get to act on it, prices will either have risen or fallen already.

5. Correctly predicting the outcome of the Brexit negotiations won’t, in itself, be of help.

Unless of course you bet on it. To profit on the financial markets, what you need to do is predict how those markets will respond to the outcome you’re expecting, which is extremely hard to do.

When an event is widely considered to be negative, markets often wobble initially but then recover and resume the course that they were already on. That’s exactly what happened after the Brexit referendum in 2016 and Donald Trump’s election later that year.

7. The idea that there will soon be clarity over Brexit and markets will ‘return to normal’ is unrealistic.

It may well be that a deal is reached soon that takes Britain out of the European Union. But, as everyone knows by now, the divorce will be hugely complicated, and it may take many years, decades even, before the lasting effects of Brexit are clear.

8. Important though it is, Brexit isn’t the only show in town.

There’s uncertainty everywhere you look, whether it’s the future of President Trump, the prospect of a global trade war or rising tensions between Russia and the West. And those are just the obvious risks. Regardless of whether the UK strikes a win-win deal with the EU that pleases everyone, or there’s a painful, disorderly exit, markets could still fall or rise sharply for a completely different reason.

9. There will always be reasons to bail out of equities.

Throughout the long bull run that began in 2009, there have been scores of plausible arguments for getting out while the going’s good. If you had heeded any of them, you would have missed out on gains. Will it be Brexit that finally brings the bull market crashing to a halt? The bottom line is that nobody knows.

Again, you have to do what you think is right, and only time will tell what the ‘right’ decision proves to be.

Whatever you do, though, beware of acting on emotions. Assuming that you and your adviser are comfortable with the risk you’re taking, and that your portfolio is thoroughly diversified and has relatively recently been rebalanced, the rational response is to sit tight and watch the political drama unfold.