Why investors are better off using a financial adviser 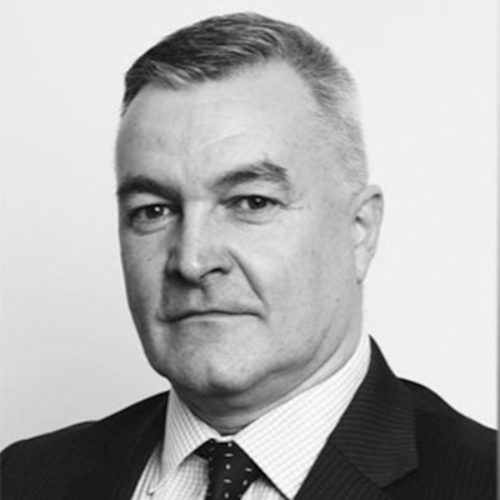 Vanguard Asset Management is one of the companies that is helping to change the face of investing. Based in the US, it came to the UK in 2009, and last year it launched a direct-to-retail operation, allowing investors with as little as £100 to invest each month to access a range of low-cost funds.

Despite targeting investors directly, though, Vanguard is a strong advocate of professional financial advice. In this interview, Vanguard’s Head of UK Retail Sales, Neil Cowell, explains how a good adviser can make all the difference between having a great investment outcome or not.

Neil Cowell, as a company, Vanguard places huge emphasis on the importance of cost. Why is controlling costs such a key component of successful investing?

That’s right, we talk a lot about cost at Vanguard, and the importance of cost in investor returns. I think in the world of investing it can be said that you get what you don’t pay for. And costs do create an inevitable gap between market performance and investor return. The evidence is very clear when you look at the data. There’s data from Morningstar, for example, that clearly show that low-cost funds outperform their high-cost counterparts, and that alone gives a real indicator of why we attach such importance to it. In fact, Morningstar actually uses cost as a major predictor of a fund’s future performance, so every which way you look at it, costs are extremely important to investor outcome.

It’s not an easy message to get across to investors though, is it? In almost every other area of our retail lives, the more you pay the more you get.

That’s absolutely right. It’s counterintuitive. Clients definitely associate higher cost with higher quality and, as I said at the start, in the world of investing you get what you don’t pay for. When people see a fund priced at 1% per annum and another fund alongside it priced at 50 or 60 basis points, it doesn’t seem a lot in terms of a differential. But when that is actually compounded over time, it plays a terrific part in the overall return and takes quite a significant chunk from the final value.

How important is it, would you say, for people to have a financial adviser?

We’re very clear at Vanguard that clients are better served by working with an adviser. We spend a lot of time promoting the value of advice. We have a framework here that we call Adviser’s Alpha, which talks specifically around the value that an advised relationship will deliver over and above what a client, left to their own devices, may achieve. For a great investing outcome, clients are well served by working with an adviser. We don’t say that clients who have the time, willingness and ability to self-serve can’t achieve a great outcome too, because that’s certainly possible. We just say it’s hard, and our message around the value of advice and what that adds is really very clear.

From your point of view, then, what are the major ways in which a good adviser adds value?

I think that there are two major parts. The first part is around the investment expertise itself: the importance of getting the asset allocation right, the importance of rebalancing, the importance of ensuring that cost plays a part in portfolio construction. That does add value — there is no doubt about that. We rarely see portfolios that are constructed by clients themselves with a balance of equities and bonds, for example. They tend to resemble a collection of funds rather than a specific asset allocation. So, there’s a real value-add in the investment expertise element.

But, going back to the Adviser’s Alpha framework, I think the second part of how an adviser can really add value is in their role as a behavioural coach or an emotional circuit breaker. We see time and time again that when clients are left to their own devices they can start to make some very costly mistakes.

What are the most common mistakes you see people making when they try to manage on their own?

We see, for example, investors typically chasing yesterday’s winners. They invest in what appear to be yesterday’s winning funds, expecting those funds to repeat the performance and to prevail for the next three, five, seven or nine years. There is a clear pattern. People also try to time markets, which is not an advisable thing to do. Typically, we see investors get there too late, by which I mean there’s a big difference between the fund return and the actual return the investor experiences. So those are two examples – chasing yesterday’s winners and getting there too late – of behaviours that really do erode value.

Another problem, of course, is that, in the words of your founder Jack Bogle, investors don’t “stay the course”. They bail out when markets tumble. And again, unadvised clients are more likely to capitulate.

That’s right. At Vanguard we have what we call our investing principles. We believe that for a great investing outcome, investors should have a clear, articulated and definable goal. They need to understand why they’re investing in the first place. Alongside that, we think it’s important to have an asset allocation that’s appropriate to their individual risk profile, and also to choose the component parts of that asset allocation at the lowest cost possible. But then comes the critical element. Having constructed the plan, having put the time and effort into getting that all right, you need to tune out the noise and keep your discipline. Markets will inevitably experience degrees of volatility. There is an inherent behavioural bias in all of us which is loss aversion, and it’s inevitable that clients will at least consider bailing out. That’s when the adviser really adds value. Jack Bogle also coined the phrase, “Don’t just do something, sit there”. In other words, expect the volatility, be confident in the plan, and ride it out, for great investing outcomes.

What would you say to investors who think they can trust their ability to manage their own emotions and don’t need an adviser to do it for them?

If that is the case, then maybe they are one of those investors who has the time, willingness and ability to self-serve. I think they’re rare, because most of us are subject to some of these behavioural biases. Carl Richards, who writes for the New York Times about behavioural biases, tells the story of when he was an adviser; the CEO of a Fortune 500 company came to him and asked him to run his personal affairs. He said to him, “Why are you asking me to do this? You know far more about investing than I do“. And the CEO said, “The reason I am asking you is because you’re not me“. It was the peace around that separation, that emotional circuit breaker, that he so valued.

Where do you see the financial advice profession going in the future?

I think at Vanguard we’re very clear that the need for advice is growing. We’ve seen data from the US and UK that shows the need is now greater than it’s ever been, and it’s also very interesting that people are more prepared now than ever before, according to the data, to pay for advice. I suppose we shouldn’t be surprised about that given the dynamics. People are living longer, life is typically more complex, and people are now contemplating, for the first time, running their own retirement pots rather than being able to rely on an employment discretionary benefit scheme or final salary scheme. There are so many reasons why people see advice as more important now, and it’s encouraging to see that coming through in the data.

Do you think some UK advice firms might feel a little threatened by Vanguard’s direct-to-retail offering?

That’s a good question. I don’t think it was a particular secret that Vanguard would at some point introduce a direct offering. The reaction from our adviser community has been very positive. A lot of them are interested in the extent to which there may be access for advisers at some point. We’re nowhere near that, and it may never happen, but nonetheless the interest is there. So, I don’t think there has been a bad reaction to it.

I’ve been very encouraged over the last two or three years to see advice firms getting better and better at articulating their overall proposition. And I think that’s the key. Advisers these days are building more and more of their value proposition around their role as that financial coach, that behavioural coach, and no direct offering in the world can be a substitute for that.