Gordon plans to scale the heights for Doddie's Charity 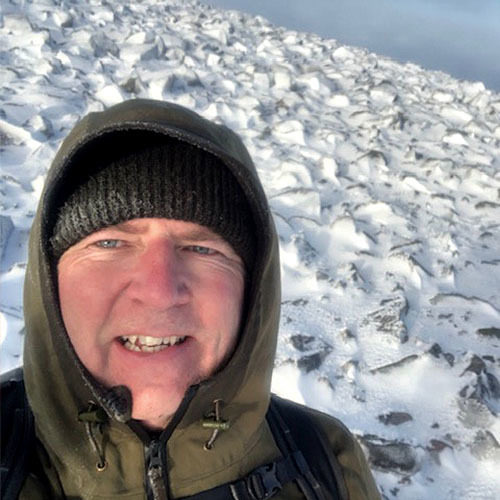 CARBON managing director Gordon Wilson has been thrilled by the response to a fundraiser aimed at supporting Scotland rugby legend Doddie Weir’s charity.

Gordon is joining a 26-strong team which has signed-up for the “March for Doddie,” which will see the group trekking in Morocco’s spectacular High Atlas Mountains from March 27-30.

Within days of launching his fundraising and starting a fitness campaign, more than £4000 had been pledged.

They are determined to boost the “My Name’5 Doddie Foundation,” which is providing much-needed support to victims of Motor Neurone Disease and backing research aimed at finding a cure.

The tough 50km challenge winds through spectacular mountain scenery and Berber villages, with local guides and a UK Tribal Tracks leader keeping them on track from campsite to wild campsite.

“I have always been a big rugby fan and obviously Doddie is a Scotland legend,” explained Gordon.

“As a business, Carbon has been supporting some of his fundraising events and I wanted to do something on a personal level.

“Doddie has been truly inspirational and it is great to see the Foundation enjoying support from across Scotland and beyond.

“The Foundation has already helped more than 1000 people affected by MND.”

Gordon admits he’ll be venturing out of his comfort zone in Morocco.

“I have been doing a lot of cycling indoors over the winter, and recently tackled Schiehallion in rather testing conditions.

“I’m planning a weekend of Munro-bagging to round off my preparations.

“The advice has been ‘train hard, trek easy.’ Hopefully that will stand me in good stead.

“But this is definitely uncharted territory for me.

“That is also part of the attraction, I suppose. It has been keeping me fit over the winter.

“It is very much into the unknown and we have been warned there’s a lot of ascending and descending along the way.

“If you didn’t train for it, I suspect you’d find yourself in bother and that might still be the case!”

The Doddie team flies into Marrakech and immediately makes for the village of Imlil, at 1740 metres, en route to the Tizi Tamatert pass at 2279m.

Day two from Foussarou to Tizi Oussem will clock-up 20km, passing through a series of mountain villages and walnut and juniper groves, soaking-up stunning views along the way.

“It promises to be quite hectic and we have been warned we’ll hit the ground running. We have to wear our trekking gear and boots on the flight out from London,” said Gordon.

“The idea is to travel light but we’ve to find room for a sleeping bag, waterproofs, a warm down jacket, thermals, sunscreen and sunglasses, water bottle, first aid kit, a hat and gloves.

“We’ve been told March is spring in the Atlas Mountains. It will drop below zero overnight but hopefully, temperatures are quite pleasant for walking during the day.

“But, rather like the mountains in Scotland, the weather can be unpredictable.

The “March for Doddie” can be supported at www.justgiving.com/campaign/marchfordoddie.