Seven popular myths about the growth of indexing 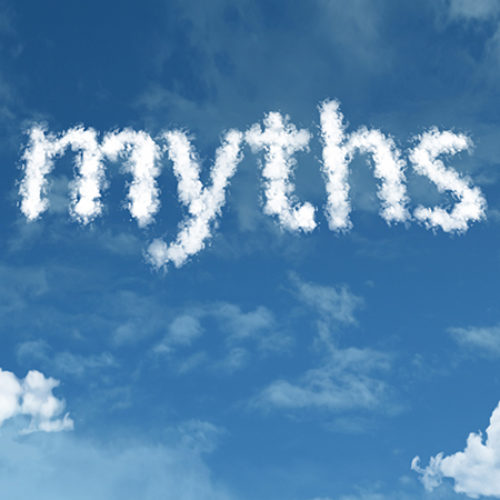 For an invention that has made investing easier, cheaper and more efficient for the masses, index funds receive a surprising amount of bad press.

Here are seven common myths about the growing popularity of passive

investing that should be taken with a pinch of salt.

It’s out of control.

Only around 20% of global stock is owned by index

investors. Even in the US, where passive’s popularity is greatest, active

management comfortably remains the default investing style. In large swathes of Europe, Asia and South America, indexing has barely made in-roads at all.

It’s inflating the prices of the biggest stocks.

This is not how indexing works. If the price of a stock rises, its weighting in the fund increases

automatically. The fund doesn’t need to keep buying more shares, or indeed sell shares in companies whose stock is falling. The vast bulk of trading – around 95% of it – is done by active managers.

There is more price-setting going on today than there has ever been, with more than eighty million trades placed every day. That seems like a pretty efficient market. In any case, by forcing the worst-performing fund managers out of business, indexing is surely making markets even more efficient?

It’s causing the misallocation of capital.

It’s true that allocating capital to the most deserving enterprises is an important function that active managers perform. But new public offerings account for only a tiny amount of trading. The vast majority of the time, active managers are simply trading with each other.

Active managers’ record on corporate governance isn’t exactly impressive; look at their failure to control excessive boardroom pay, for a start. Passive managers, who have no choice but to carry on holding stocks and to work with company management, are actually better placed to make a positive difference. Increasingly, the evidence shows, they are bringing their influence to bear.

It’s going to go badly wrong when a correction comes.

managers when markets fall; the data clearly shows that they don’t. It’s also suggested that indexers will take fright and bail out when the long bull market finally ends, and yet exactly the opposite happened during the global financial crisis. In the US, active funds saw outflows of $259 billion in 2008, while passive funds saw inflows of $205 billion. In other words, passive investors

It’s a danger to global capitalism.

We weren’t even going to mention this one, but the 2016 paper by the active fund management company Alliance Bernstein, Why Passive Investing is Worse than Marxism, has received so much attention that we feel we should.

Two things. First, indexers believe in the capital markets more than anyone; we believe that markets work and that, over time, they deliver fair returns to those who patiently invest in them. That hardly makes us Communists.

Secondly, indexing allows consumers to invest in far more stocks, far more efficiently and far more cheaply than ever before. Surely, if anything, indexing is the very essence of capitalism.

Why the bad publicity?

So, why are these myths about index funds so prominent? And can we expect them to persist?

Larry Swedroe, the US investment author, summarised it well recently when he wrote:

“Proponents of active management will continue to attack passive investing. In almost every case I’ve come across, these attacks not only are without foundation, they also are absurd and easily exposed as such. But that doesn’t stop them. The reason is simple: passive investing threatens their livelihood.”

Remember, too, that it isn’t just active managers whose livelihoods are

threatened by the growth of indexing. The financial media make a fortune from advertising active investment strategies. Writing one story and telling people to buy and hold for the long term doesn’t sell magazines every month!

The bad-mouthing of index funds is set to continue.