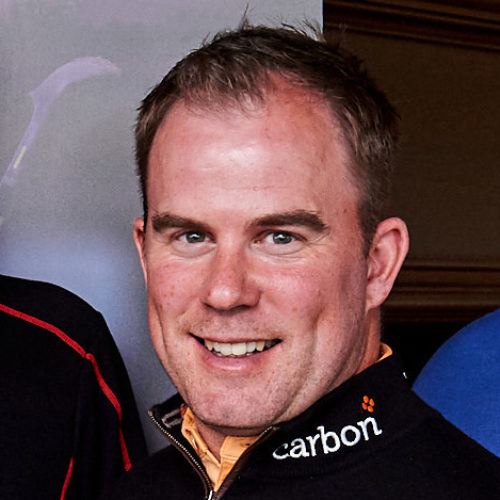 RICHIE Ramsay has long forgotten how many golf courses he has played around the world as an amateur and long-time member of the European Tour. We invited him to list his top three favourites. It was a tough task but Carbon’s European Tour ambassador got his thinking cap on for us.

“It was quite challenge because I have been fortunate to have played so many courses around the world, both old and new. When I stop playing I would love to consult on design or restoration of older courses. I now have a note pad with me on my European Tour travels and I have been drafting up ideas for holes and green complexes.

“It probably comes as no surprise to anyone that Augusta National has to be number one on my list. The golf course and atmosphere there is very special. I would stay up late as a kid watching The Masters on TV and to actually play it as the US Amateur champion was memorable.

“It is difficult even getting on the golf course. And it is so much harder to get to The Masters as a European than as a US PGA Tour member. But one of my ambitions is to get back there as a professional.

“It lived up to all my expectations – and, believe me, they were sky high. I did wonder if I had built it up too much before going there. But, if anything, the experience surpassed my expectations. It was as good as I thought it would be and more. So that’s what makes it number one on my list.

“It was designed by Alister Mackenzie, arguably the best golf course designer of all-time. It has changed down the years in response to technology but the core is still very much intact. I know he had a hand in the design of The Rosemount course at Blairgowrie Golf Club, where Carbon have become Premier Partners, so hopefully I will get a chance to play there this year.

“My second choice might come as a surprise. It is Ocean Forest in the Sea Island resort in Georgia. It has an Augusta feel to it but has a marshland creeping through the course. It is such a cool place, a private members’ club which held the 2001 Walker Cup. Every hole is a genuine but fair test, there is no let-up.

“The fight for third spot is closer to home, between The Old Course and Muirfield. I can’t split them. I love everything about St Andrews. There is all the history enveloping the golf course and the town itself. It is a very special place. I have been driving into St Andrews since I was 18 and this year I am 35 – and I still get excited and know it is going to be a good day when I visit. There aren’t many places to match it. Those opening and finishing holes are iconic.

“Many of the top designers say St Andrews is still the model for modern golf, with wide fairways and risk and reward holes. Similar to Augusta, you can take bunkers out of play but then you lose the best angle of attack into the pins. For a long time I didn’t appreciate the architectural integrity and nuances of the design. It is a still up there as a test, especially when the wind gets up.

“Muirfield is another classic in my book. I am lucky to know a couple of members and I get to play there quite often, especially during the winter. It is a fantastic experience. The course is handled so well and certainly stands the test of time. They haven’t changed it much and that is great to see. It is a timeless design and it is always a joy to play there. It is pretty much flawless. I love going into the clubhouse, looking at the old photographs and enjoying one of the famous lunches with some of the members.”