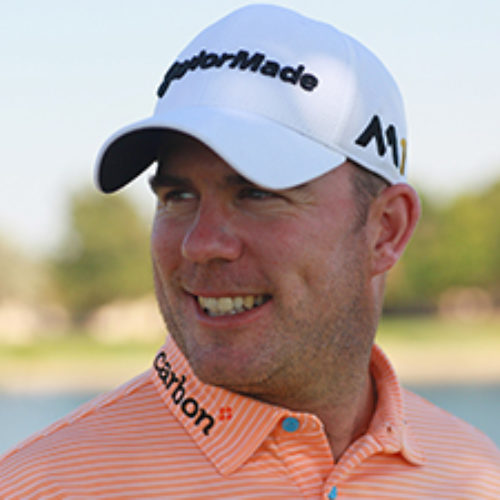 Carbon sponsored Richie Ramsay played his way into the weekend at the HSBC Golf Championship in Abu Dhabi with a best of the day six under par 66.

For the first time, as he eased into the top 10 the Scots golfer was sporting the Carbon colours that he plans to wear every Friday on tournament days.

In a round littered with birdies, the Aberdonian led the Scottish contingent at the half-way mark in a European Tour event which was delayed by morning fog and left a clutch of players closed out by darkness falling.

His six under card built on a solid one over opening round to ensure he comfortably made the cut for the weekend, in a field featuring Majors winners including Rory McIlroy and Jordan Spieth.

Carbon managing director Gordon Wilson said: “What a start to our sponsorship with Richie!

“It has been fantastic seeing the photos coming back from Abu Dhabi with our Carbon logo standing out on his collar. And of course it seems our corporate colours have brought him luck.

“Carbon securing Richie as an ambassador has been flagged up across all manner of media outlets this week and has created quite a stir with our clients who like their golf.

“I’m sure that, like us, they will be following Richie’s progress closely throughout the season.”