Richie Is Ready For US Open Challenge 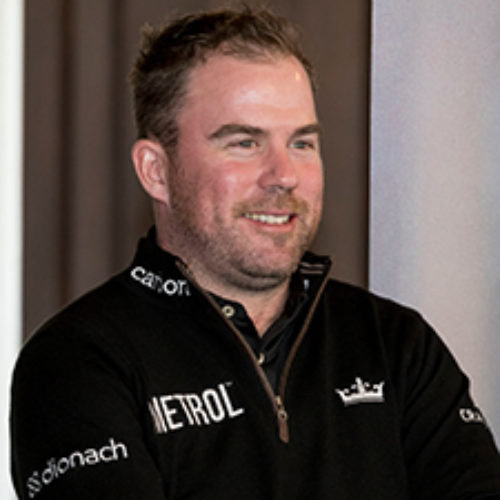 Ten years after he teed-up alongside Tiger Woods in his pomp, Carbon’s European Tour ambassador Richie Ramsay is counting down to an appearance at the 117th US Open Championship.

In 2007, the Aberdonian, courtesy of being crowned US Amateur champion the previous year, enjoyed the honour of partnering Open champion Woods and defending US Open winner Geoff Ogilvy in the marquee group at Oakmont.

Now 33 and a three times winner on the European Tour, Richie secured a coveted place in the 156-strong field at Erin Hills courtesy of an impressive joint third finish with a brace of 66s in the qualifier at Walton Heath.

Rated among the top 50 courses in the USA, Erin Hills, near Milwaukee, Wisconsin, is a monster of a golf course, stretching up to 7800 yards, with the opening and closing Par 5s more than 600 yards from tee to green.

Richie, who joins fellow countrymen Russell Knox and Martin Laird flying the flag for Scotland, tees off on Thursday with two other former US Amateur champions, Bryson DeChambeau and Nick Flanagan.

And as he tells us in his latest blog, our ambassador is looking forward to joining the world’s best in the second Major of 2017.

“I am a different player from 10 years ago. It has been too long getting back to this level. But I am technically far superior now and mentally I am a lot tougher. That comes with experience.

“This is a great chance to test my game against the best.

“That first time, at Oakmont, was a little bit unsettling at times. It was tough but I wouldn’t change it. It was a fantastic experience to play with Tiger at his peak, especially because of what has gone on since.

“The galleries were four deep at times.

“As for this week, I’ve never played Erin Hills before. But it is pretty new to everyone, although the guys with unlimited resources have made an effort to visit beforehand for a day or two.

“I didn’t do a huge amount different in the qualifier at Walton Heath from other tournaments. I holed a few putts and I hit the ball really well. There wasn’t much room for error and it will be the same at Erin Hills.

“My driving has been really good and that will be important at the US Open.

“I think I will adopt an aggressive stance because my biggest asset is my straight driving and I can shape the ball both ways.

“I hope the USPGA sets it up fairly for the championship. There have been issues with the set-up in previous years, like at Chambers Bay. a couple of years ago.

“The US Open is already unique. It is played on some of the very best American courses, it is a tough set-up and it has a great history.

“It should be hard but don’t try and trick it up.

“At the start of the year the targets are to play in the Majors so this is a great achievement for me. Hopefully it will provide the catalyst for the meat of the season and I can get into the mix a bit more for the top 10.

“The US Open has a tendency to make you feel uncomfortable, to catch you off guard and push you into playing shots you wouldn’t normally go for. It is the hardest test of all the Majors but I enjoy that sort of challenge.

“I think you have to stick to your guns and the game plan, and accept bogey isn’t a bad score at times. You have to be patient and not allow the course to knock you off guard.

“It certainly won’t be a one dimensional course like some.

“I feel my prep has been good and I’m looking forward to getting going now.”