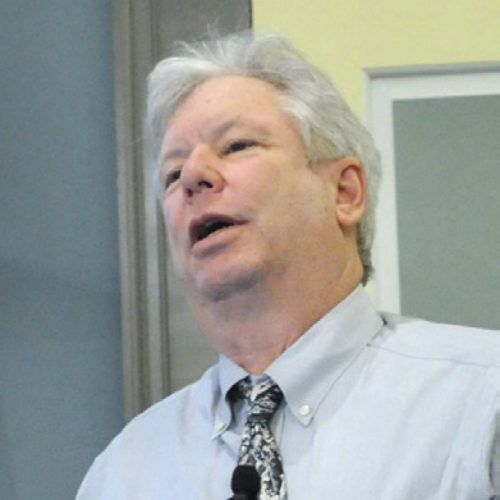 How long, you might be forgiven for wondering, before they rename the Nobel Prize in Economics? Several recent winners — Daniel Kahneman and Robert Shiller, for example — could be better described as psychologists, and now we have another Nobel Laureate with a foot in both camps, Richard Thaler.

The Royal Swedish Academy of Sciences neatly summarised Thaler’s life work by saying he has “built a bridge between the economic and psychological analyses of individual decision-making”.

Simply put, traditional economic theory assumes that people have good access to information, that they process and act on it rationally, and that they’re only interested in personal gain. What the likes of Richard Thaler have done is demonstrate how simplistic these assumptions are. Consumers are irrational human beings and very often we don’t act in a logical way.

Although Thaler’s writings are not confined to investing and personal finance, he has contributed immensely to our understanding of these important areas. Two aspects of his work are worthy of special mention.

Investors are prone to a whole range of emotional biases which impact (mostly negatively) on their outcomes. Thaler has done more than almost anyone to draw these biases to our attention.

It was Thaler, for example, who developed the endowment effect — the hypothesis that we ascribe more value to things merely because we own them. We therefore experience the negative feeling of a loss more strongly than the positive sense of an equally large gain. This phenomenon, known as loss aversion, partly explains why so many investors panic during a market crash or correction, bale out and later regret it.

Another useful hypothesis of Thaler’s is the house money effect. In other words, someone who has won big on the markets or at a casino is more relaxed about taking risk than someone who’s had the opposite experience.

Thaler says self-control is vital and that all investors are vulnerable to short-term temptations that threaten long-term well-being; for example, we’re tempted to spend money on things we don’t need rather than invest it for our retirement.

Together with Hersh Shefrin, Thaler developed a model for describing the dilemma caused by the internal tension between the planning self and the doing self, or the planner and the doer. The planner makes decisions with the aim of long-term happiness, while the doer is governed by more short-term goals.

Thaler and Shefrin believe that the doer needs help in resisting short-term temptations. In a recent presentation to the Chartered Financial Analyst Institute, Thaler touched on the irresistible urge to do something, especially when things go wrong, even though the changes we implement often lead to failure. As an example, Thaler cited investors’ innate bias towards discarding underperforming funds and hiring recent winners — a practice which, the evidence shows, usually results in poor performance.

It’s difficult to summarise Richard Thaler’s insights in a single blog post. His books, Misbehaving: the making of behavioral economics (2016), and Nudge: improving decisions and about health, wealth and happiness, co-authored with Cass Sunstein and published in 2008, are both worth reading.

But investors would do well to remember these three key takeaways: