Recap: an evening with Jamie Murray 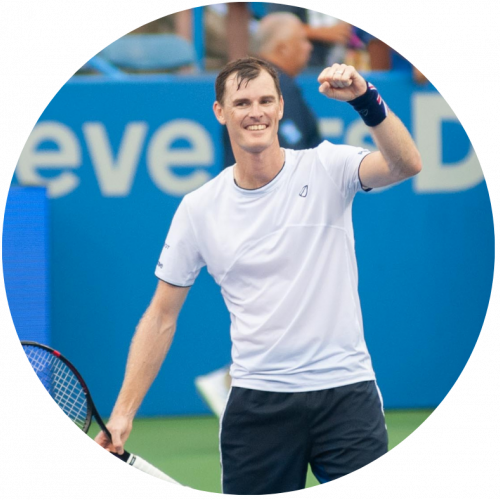 Jamie (35), who, like younger brother Andy, hails from Dunblane, made time in the countdown to Wimbledon to serve up company managing director Gordon Wilson and guests with a glimpse of life as a nomadic player on a world tennis circuit impacted by the pandemic.

He also reflected on the highs, and lows, of a successful career; hinted at what could lie ahead when he eventually hangs up the racket; and answered all manner of questions ranging from his candidates for glory in the SW19 postcode to teaming up with Andy for a milestone Davis Cup triumph, touching on mum Judy’s “Strictly” exploits to providing a tip or two for the keen club player eager to improve their own game this summer.

Jamie was also invited to list his all-time greats of the game – and didn’t duck out!

While his immediate focus was on Wimbledon and a revived partnership with Brazilian Bruno Soares, which proved successful first time round, Jamie couldn’t mask his enthusiasm for the second ‘Battle of the Brits’ scheduled for Aberdeen’s P&J Live arena on December 21/22.

The Murray brothers are set to team up with Cameron Norrie to face an English side boasting the likes of Kyle Edmunds and Dan Evans.

“If I was in a battle I would choose to be with Andy. Yes he is my brother but he is an amazing player,” said Jamie.

“As for sibling rivalry that is only for the golf course or Fantasy Football nowadays.

“We are so excited about this year’s ‘Battle of the Brits,’ which gives us a rare opportunity to play in front of Scottish fans.

“The Davis Cup games in Glasgow were an amazing experience for us.

“The Scotland-England thing is pretty cool. Everyone will want to beat each other.

“Hopefully events in Scotland with top-level players will inspire more youngsters to take up the sport.

“This year’s event will have fans and it has been a huge learning curve. I’d like to do more of that.

“And I’d like to help coaches increase the chances of having more Scottish players competing at a higher level.”

With pandemic restrictions being eased back slowly, the 2021 Aberdeen sessions could be played out in front of 6,500 fans in the countdown to Christmas. Another tranche of tickets has been released and hopes are high of a sell-out in the Granite City.

While the Wimbledon build-up had been hogging his attention, Jamie admitted the disappointment of missing out on a fourth Olympic Games for Team GB had been eased by the prospect of rare time at home in London, with the US Open next on the horizon.

“It’s disappointing but it’s not the end of the world. After the travels and hassles of the last nine months on Tour, living in our bubble, it will be quite nice to have a few weeks at home.”

His 2016 US triumph, alongside Bruno, ranks among the high points of a stellar career.

And while the challenges presented by promoting events like the ‘Battle of the Brits’ in his native Scotland might offer a window on life after professional tennis, Jamie’s competitive fires are burning strong as ever.

“Obviously I want to win more tournaments. That is my biggest goal until I stop playing,” he stressed.

While the success of the Murray brothers, including a first GB Davis Cup win for 79 years in 2015, has enhanced the profile of tennis in the UK, Jamie accepts the extraordinary domination of the men’s singles scene by Novak Djokovic – chasing a record equalling 20th Slam hard on the heels of his French Open victory to equal Rafa Nadal and Roger Federer – has restricted the chances of rivals claiming Grand Slam titles.

In the women’s singles, Serena Williams has exerted a stranglehold for much of Murray’s time on the circuit.

Jamie suspects 34-year-old Djokovic isn’t finished hoovering up titles, although Serena’s star could be on the wane.

He pointed out Pete Sampras’ haul of 14 Slams was viewed, at the time, as a number unlikely ever to be surpassed.

Yet the stranglehold exerted by Novak, Roger and Rafa has been unrivalled in the history of a sport which now demands peak physical fitness to compete at the highest level.

“They have just kept going and going and Novak in particular could potentially be around for another three or four years,” he wagered. 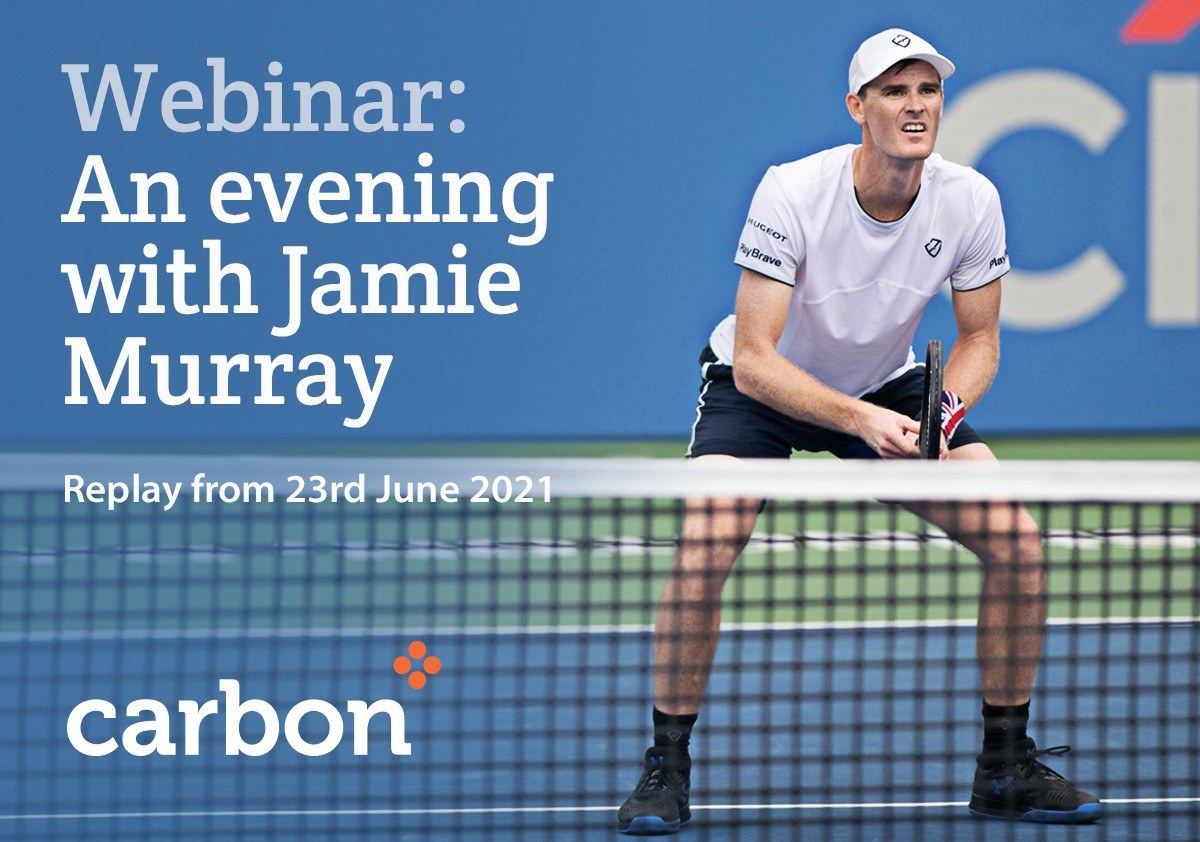 *To catch up on the full Carbon webinar with Jamie Murray see the replay on our YouTube channel.

*The next sporting webinar in the Carbon series on July 28 sees former British and Irish Lions captain Paul O’Connell and Springboks World Cup winner and captain Bob Skinstad previewing the second Test match in Johannesburg. Make sure you are signed up for our newsletter if you want the invitation to it.