Proud to support The Bear, the Bags and the Voice of Rugby 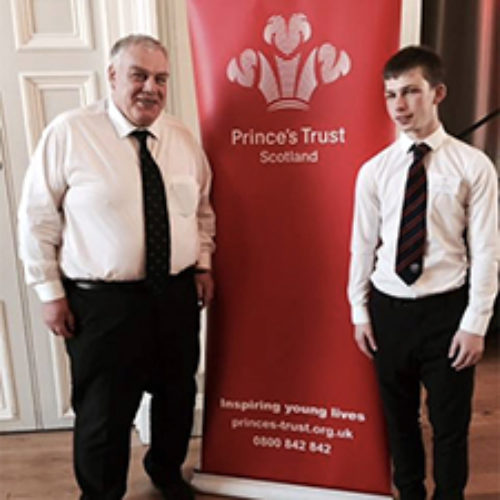 Carbon is delighted to be sponsoring good friend and much-loved rugby legend Iain Milne, aka ‘The Bear’, in his formidable challenge to lose 100lbs in weight by September 2017 to raise awareness of depression. Carbon will pay £10 for each pound lost, making a donation at each weigh in.

Iain’s challenge is being supported by the fantastic team at Lunch with an Old Bag (LWOB), a group of volunteer fundraisers who work tirelessly each year to raise money for The Prince’s Trust in Scotland, hosting famed and fabulous lunches at The Prestonfield, Edinburgh. Last year LWOB raised a staggering £759,000 in honour of The Prince’s Trust’s 40th anniversary and this year looks set to be every bit as dazzling and successful.

Eighty percent of Iain’s funds raised will go towards the LWOB total and 20% will go to youth charity The Bill McLaren Foundation.

The Prince’s Trust in Scotland transforms lives by helping young people achieve the success and future they deserve, supporting them to get back into education, to find jobs, or to start their own businesses. The Bill McLaren Foundation provides invaluable sporting opportunities for young people, improving lives through rugby, and inspires youngsters to achieve their personal best.

As a huge fan of both charities, Carbon is proud to have this opportunity to support them both.

Iain describes his weight-loss challenge as “one of the biggest and most crucial challenges of my life”. Following his departure from rugby he suffered crippling depression and hopes that by opening up about his own experiences he will highlight how it can affect anybody. Writing on his JustGiving page he explains:

“After rugby, I coped quite comfortably until I badly injured my back in 2000. Due to a lack of activity, my weight increased to around 24/25st. However, my real weight issues occurred over the last seven years or so, with the onset of depression.”

Speaking in a recent Daily Mail interview he added:

“It would have been too much of an effort for me to commit suicide in another manner other than shooting myself, as I felt so low I couldn’t function. Sometimes, I couldn’t even get out of bed. I had all the friends in the world, but I still felt so lonely, so isolated. I used to burst into tears on my own. It is frightening looking back, but depression hit me hard and I could see no other way out.”

Thankfully he is now turning his life around: “I’d made all sorts of efforts to get fit and alter my lifestyle before, but nothing worked and, if it did, it was very short-term. By making a public declaration and committing funds to two charities I respect — The Prince’s Trust and The Bill McLaren Foundation — I feel I am in a place where I can take on this challenge and succeed.”

Iain is recording his progress on his Facebook page The Bear, the Bags & The Voice of Rugby. There are tough days – “Recently, despite eating well, I’ve had dreadful urges to eat what I shouldn’t” – but inspirational ones too:

“Week 9, the sun is shining and I feel great! And, for the first time for a long time, I feel in control of myself”.

We wish Iain every success. He is an amazing example to us all. We look forward to celebrating his achievement at The Prestonfield in September at the next LWOB lunch.

You can follow Iain’s progress on The Bear, the Bags & The Voice of Rugby. If you would like to make a donation please visit: www.justgiving.com/BearBagsRugby.