Not getting married in North London 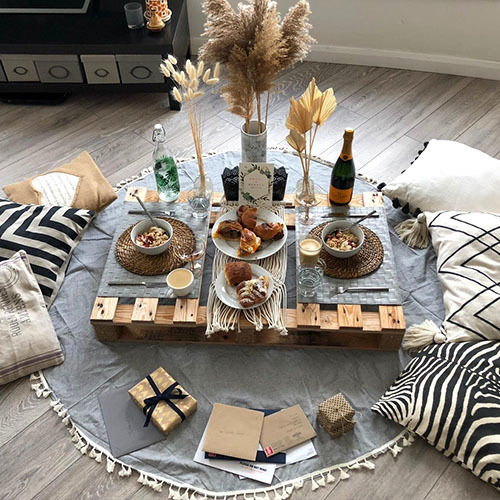 … the only thing missing was the actual ceremony”.

Darren Lees, Director of our London Office, is used to helping clients build their dream lives. He encourages them to think about what they really want in life, focus on their goals, and then works with them to build a plan to achieve this. He also reminds people that they must be prepared for the unexpected: life has a habit of springing surprises and no plan is set in stone.

So when COVID-19 sprung its surprise on Darren earlier this year, just as he and his partner Shona were about to get married, Darren found himself taking his own advice. When life throws you a curved ball you need to pause, take stock and make any necessary adjustments.

“It was very strange. It wasn’t as if the venue had cancelled and everyone else was having weddings, so I wouldn’t say we were feeling disappointment exactly. The situation felt more serious than that. It was very new and we were both concerned about how it would play out.”

They quickly saw that they would need to postpone the big day:

“We decided to postpone our wedding quite early on because we saw how quickly things were being affected by the COVID-19 crisis. The wedding was due to take place on 23rd May, at The Barn at Barra Castle, in Aberdeenshire, and we had a lot of guests who would be coming from abroad and London, as well as some elderly family from Dundee. We soon realised that it was not going to happen.”

Pressing pause gave the couple time for reflection, and Darren noticed an unexpected benefit from this:

“One of the biggest things I noticed was how much everyone had been looking forward to the wedding day. This made me sit back and realise that it would be the people that would make our wedding, not the colour of the cutlery or the position of the tables.

“We had been very focused on some of the smaller details and engrossed in the cost of things, but sitting back, we now saw the wider picture. We have stopped pushing for everything to be bigger and better, and because of that I think we’ll now enjoy the actual day even more when it comes.”

But Shona and Darren both wanted to mark the original day too. Living in one of the most stylish cities in the world helped.

“We had the most amazing, action-packed day, starting with a champagne breakfast from Frank’s Canteen in Highbury. We then had a wedding party Zoom call at the precise time we were due to be married, and a family Zoom straight after. My parents bought us a meal from Hide in Mayfair, and Shona’s parents bought us a couple’s photography shoot from our original wedding photographers, so we walked along the New River Walk to get some good shots.”

Everyone loves a bride, and spotting Shona out and about in a white dress being photographed at a time when most people were scurrying home heads down, prompted lots of passers-by to say congratulations, assuming it was the ‘real day’.

“I did comment”, says Darren, “that I couldn’t believe people thought my shirt, chinos and brown boots were my actual wedding outfit. Being Scottish, I’m used to grooms wearing kilts, but maybe people are a bit more casual in London!”

Finally, another Zoom Party, this time with 60 or 70 guests, all joining from all over the world – Canada (the Best Man), Australia (Shona’s friend), Spain, London, and Scotland. In the course of this, Darren learned first-hand that a ‘substitute’ arrangement can sometimes end up being the best of all:

“To get the party started we asked everyone to explain how they knew us and we had such a laugh listening to all the stories. Out of everything that day, I think that was the highlight for me.”

The ‘real’ wedding is now rescheduled for 28th November. We’re sure it will be a brilliant day. One thing else is certain: the guests now know each other a little bit better.