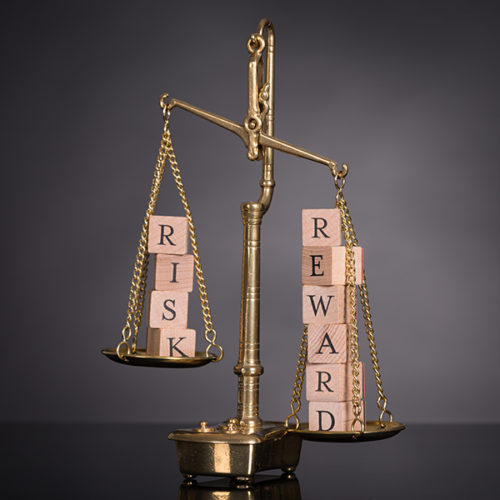 Regret. This single emotion has been cited by Nobel laureate Daniel Kahneman as probably the greatest enemy of good decision-making in personal finance. It is often the driving force behind panicky attempts to time the market, buying at the top or selling at the bottom.

Regret is such a powerful force in our lives that it can prompt us to place a far greater weight on the possibility of suffering a loss than the prospect of making a gain.

Landmark research by Kahneman and his partner Amos Tversky in the 1970s found that when confronted with several alternatives, people tend to avoid losses and choose the sure wins because the pain of losing is greater than the joy of an equivalent gain.

In one famous experiment, students were given the choice of winning $1000 with certainty or having a 50% chance of winning $2500. Most people will choose the safe option of money in hand. Conversely, when confronted with the choices of a certain loss of $1000 versus a 50/50 chance of no loss or a $2500 loss, people tend to choose the gamble.

What’s more, regret, at least in the short term, tends to be stronger when it relates to acts of commission rather than acts of omission – in the former case, the things we did do and in the latter case the things we didn’t do.

As an example of omission and commission, imagine Jane has held a particular stock for some time. She thinks about selling it but does not follow through. The stock subsequently slumps in price. In contrast, John sells his stock, only to see it rally.

The first example of omission, or inaction, leaves Jane feeling less regretful than the second example of John’s commission, or action.

Put another way, there is an asymmetry to our choices when confronted with uncertainty – more than is assumed by traditional rational choice theory in which human beings are cast as automatons carefully weighing the costs and benefits of their decisions.

The fact is, we are not the logical decision-makers we think we are. Instead, we are highly susceptible to behavioural biases that cause us to place a greater weight on the possibility of losses than on the prospect of gains – even when the statistical odds of the competing outcomes are identical.

We would rather secure a guaranteed lesser win than opt for the choice of getting more or possibly ending up empty-handed. But given a choice of two bad outcomes, we’re more likely to roll the dice to avoid the worse one.

‘Regret risk’ is seen in both bull and bear markets. In the case of the former, with stock market indices hitting repeated record highs, there’s a natural tendency to want to hold back for ‘more certainty’. In the case of the latter, we want to wait to see the bottom before we wade in.

In all cases, we imagine we are calculating probabilities carefully when we are really a slave to our emotional instincts, resorting to mental short-cuts to justify our decisions afterwards.

Kahneman’s approach to regret risk in wealth management is to seek a balance between minimising regret and maximising wealth. That means planning for the possibility of regret and understanding clearly the range of possible outcomes beforehand.

Of course, there is no one right answer here and that’s because everyone is different. It also explains why it is so important to have a financial adviser who can map out the range of eventualities and test clients’ potential reactions to each one.

At Carbon, we believe the best way to avoid regret is to have a clear understanding of how little risk you need to take to achieve your target return. This helps to ensure that you don’t regret foregoing any excess return above this target, and means that you will have avoided unnecessary levels of risk along the way.