Lessons in investing from a Victorian genius 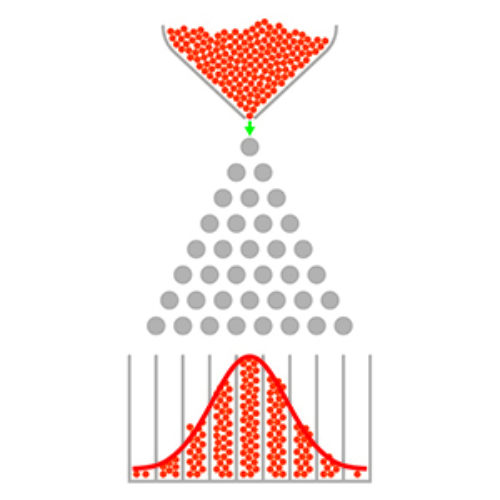 Sir Francis Galton is one of the most important intellectuals the majority of us have never heard of. Born in Birmingham in 1822, Galton’s interests included statistics, sociology, psychology, anthropology and meteorology. He was also an explorer and inventor.

Little is known about Galton’s views on investing — he came from a wealthy family and was financially independent — but he nevertheless developed two ideas that continue to serve as valuable lessons for investors today.

The first lesson concerns what statisticians call ‘reversion to the mean’. Simply put, the theory states that an extreme outcome is likely to be followed by a less extreme outcome.

It was Galton who first observed mean reversion, a phenomenon he illustrated by building a bean machine, also known as a quincunx. The machine consisted of a vertical board with interleaved rows of pins. Balls were dropped from the top, and bounced either left or right as they hit the pins, ending up in a series of bins at the bottom, forming the shape of a bell.

The term ‘bell curve’ has been commonly used ever since in the social sciences and statistics, but ‘mean reversion’ is also an important concept for investors to understand. First, it helps to explain fund performance. Today there are thousands of funds to choose from, so there are bound to be some that do well and others that do badly. But, looked at as a whole, fund performance always gravitates towards the mean.

The bell curve also helps us to visualise what our future investment returns might look like. Yes, there will be stocks that soar, and others that plummet, in value; there will be days when the markets fall heavily, and there’ll be others when they sharply rise. But, over time, assuming we stay the course, our returns will average out. Markets, historically, have been relatively generous, and there is no reason to believe that they won’t continue to reward patient investors in future.

The second lesson Galton teaches us is what has become known as the wisdom of the crowd. In 1906, by then an elderly man, Galton visited a country fair, where he observed a competition to guess the weight of an ox. About 800 people took part, and Galton took the entries home. The average guess, he calculated, was 1,197lbs – which was remarkably close to the actual weight of the ox, namely 1,198lbs.

What Galton’s experiment established was an important truth about the aggregation of information in groups. Although the judgements of individuals can be wildly off, when you aggregate their opinions, it tends to produce a pretty accurate result.

This is an excellent analogy for the financial markets. There are millions of market participants, and every time they place a trade they state a view as to how much a particular security is worth. Prices are based on current information and everyone, in theory, has access to the same information at the same time.

We’re constantly hearing pundits express a view about stock prices; some say they’re too high, while others say they aren’t high enough, and usually it’s the more extreme predictions that attract the most coverage. But prices are broadly accurate at any one time, so it pays to ignore such forecasts and instead, trust the wisdom of the crowd.

Why, you may be wondering, is Francis Galton barely known about in comparison to his half-cousin, Charles Darwin? The reason is that he was a pioneer in the field of eugenics – the science of improving a population by controlled breeding. His family also had interests in the slave trade.

But despite being flawed, Galton could certainly be regarded as a genius, making a significant contribution to our understanding of investing.