It’s Good (If Uncomfortable) to Be Challenged 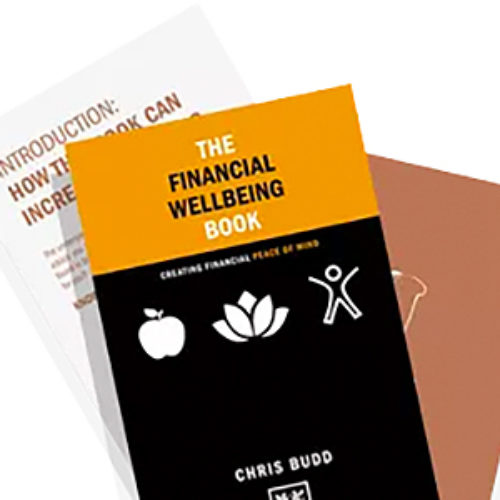 Having someone challenge what we say can be an uncomfortable experience. But sometimes it’s exactly what we need. Working with a financial planner is a good example. Financial planners are not there just to carry out your instructions; it’s their job to question you and find out what you really want and need.

Chris Budd used to run a financial planning firm. He’s now a writer and podcaster, specialising in personal finance. Here he explains why clients should positively welcome being put on the spot.

No, it’s not. Financial planning is all about working out what you want from life. We can’t really challenge our own assumptions, but a financial planner should be able to. For that reason I would suggest that people only go to a financial planner who has some sort of experience of, and preferably a qualification in, coaching. Listening and questioning skills are actually quite difficult to acquire and financial advisers have traditionally tended to be solutions-trained. They’ll listen for five minutes and then deliver the answer to your problem. But they need to be spending time helping you find out what you want from life.

For some people, though, surely a conventional financial adviser is sufficient?

Yes. Some people only want financial advice. They’ve already worked out what they want from life and they just want to buy a product. That’s fine. They can do that online. I would just say, though, that quite often when people think they know what they want they actually don’t.

So give us an example of how clients really benefit from being challenged.

Well, one thing I have found over 20-odd years of being a financial planner is that when the client goes through this process of ‘know thyself’, virtually every single time they realise that they don’t need as much money as they thought they did. That’s because the things that make us happy are social relationships and so on, and people change their priorities. Going through proper financial planning with a good financial planner will help you to gain acceptance of your life.

It’s standard practice for a skilled financial planner to meet someone, gently challenge their assumptions, and for the client to go away with a financial plan for an objective that they didn’t know they had.

A very important question for every client in your view is, how much is enough? How much money do they really need? Explain that.

Just understanding what that question means is a good starting-point. How much is enough? Enough for what? My answer is, enough for a happy life.

I sat down with my wife a little while ago. We engage a financial planner ourselves — which is a very interesting process to go through as a financial planner! — and we worked out what it was that makes us happy. It wasn’t holiday homes or a yacht. It was flexibility of time. That was the key for me that would give me well-being.

So I haven’t worked on a Wednesday for seven or eight years. I write novels on a Wednesday, and that makes me very, very happy. But I don’t want to stop work altogether because I enjoy it, and my wife is the same.

So we worked out a financial plan that gives us flexibility of time, and six trips abroad on city breaks a year to see music gigs. That’s what makes us happy. It’s all about working what you want from life and spending your money on that.

Why is it then, do you think, that people appear to attach so much importance to money?

There’s a culture in the world that money is good. If you look at films like The Wolf of Wall Street, or television shows like The Apprentice and Dragon’s Den, they all admire wealth. And part of what I tried to do with The Financial Wellbeing Book is to change that focus, because my experience has been that when people do engage with a financial planner, they discover that the amount they need isn’t as much as what they thought they needed for a life that makes them happy. The world would be a better place if everybody only had as much as they needed. Many people have way more than they could ever possibly need.

Let’s face it, not having to work any more is a big goal for many people, isn’t it?

Without a shadow of a doubt, the best meetings I’ve had were those when I was able to deliver the line to somebody, “You are now working because you want to, not because you have to”. That’s a wonderful moment for any financial planner — and quite nice for the client as well! We’ve had people who’ve walked out of the room and handed their notice in the next day. We’ve also had people who’ve said, “That’s great, thank you, but I’m going to carry on working because I like it”.

Presumably, though, there are times when clients ignore a financial planner’s advice and end up regretting it?

Indeed. We had one client who was running a successful business, and she was very stressed. She was in her early 60s. She wanted to retire but didn’t know how to, basically. We did some work with her on helping her to sell her business. The accountant valued her business at £1.1 million. She had other assets, including a decent pension fund, and I asked her if she was going to accept an offer she’d been made for her business of £600,000. And she said no. I asked her why not and she said that it was worth £1.1 million! I reminded her that her objective was not to work any more and that she had enough money to do what she wanted. Anyway, she didn’t sell the business for £600,000. She eventually accepted an offer for £900,000 two years later, and then had a nervous breakdown. So that’s a really good example of how focusing on the correct objective — which for her was not working — would have given her a lot more wellbeing.

We all go through life with self-limiting beliefs, often stemming from childhood, don’t we?

Yes, that’s right, and what we do as financial planners is help people overcome those self-limiting beliefs — in fact, help people to be aware of them, first of all. A good adviser will challenge the client in a non-threatening way which will get them thinking about their lives and their beliefs, and thinking about the things they want to do. Things like permission — for example, permission to be happy. Permission is a fascinating subject.

Finally, then, tell us about a time when you gave a client permission to be happy!

We have a client who we were trying to get to spend some money. She likes her golf, so we tried to organise a trip to the Ryder Cup for her. It was going to cost quite a lot of money — VIP tickets, really fancy. And she said, “No, I can’t do that. My dad wouldn’t like it.” Well, her dad had been dead for 15 years, but she was still beholden to him. In the end we got a price, and she said, “Yes, all right, I’ll go to the Ryder Cup — in America!” That was a wonderful moment. Challenging her beliefs enabled her to do something she never thought she was going to be able to do.