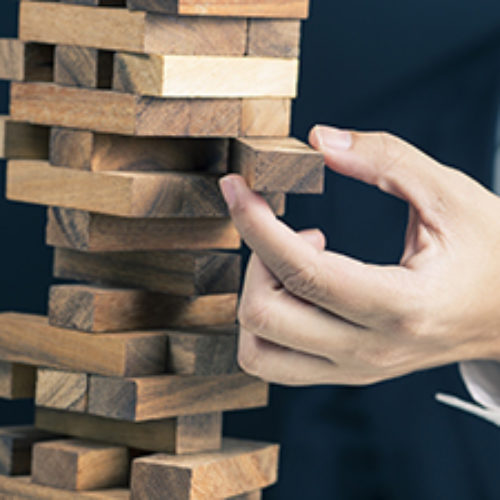 There’s been quite a controversy recently about a paper produced by the New York based investment research firm Sanford C. Bernstein. It carries the rather emotive title The Silent Road to Serfdom: Why Passive Investing is Worse Than Marxism. Perhaps not surprisingly, the thesis has been seized on by advocates of active fund management as an argument against using index funds.

The paper does not say that passive investing is a bad idea, but it does raise important questions about how beneficial the shift to indexing is for society as a whole. So, is this something we should be worried about?

The first thing to remember is that the fund industry is highly profitable and very powerful, so we really shouldn’t be surprised that it goes to great lengths to cast passive investing in a bad light. As industry insider Scott Fearon put it:

“I’ve seen this kind of scaremongering in the asset management industry for three decades now. When I started out, indexing was still in its infancy, but people in my business were already shading the truth about it, and for good reason: it represented a major disruption to our industry.”

More importantly, though, the Bernstein thesis is seriously flawed, for five main reasons.

The biggest concern the Bernstein paper raises is that passive funds will eventually dominate asset management. Realistically, though, that scenario is a long way off. Yes, there’s been a huge shift towards passively managed mutual funds and ETFs in the US in recent years, but even there, passive funds still account for only a modest proportion of total investable assets. Almost everywhere else in the world passive investors are still a small minority.

2. The industry is far bigger than necessary

Another concern is that if there are fewer active managers then markets will cease to be efficient. But this ignores the fact that there are far too many active managers anyway. There’s been a huge proliferation in active funds over the past 40 years, to the extent that there are now more funds than individual stocks. It’s difficult to put a figure on it, but the investment writer Larry Swedroe estimates that if the number of active funds fell by 90%, that would still be enough to keep markets efficient.

Contrary to the impression given in the Bernstein paper, active investing will never go away. It’s human nature to think that the market can be beaten, and there will always be professional investors willing to take money off those who want to give it a try.

4. New offerings account for a tiny proportion of trades

What about the claim that passive investing somehow undermines the primary purpose of the capital markets, namely to allocate capital to the entrepreneurs who need and deserve it most? Again, this doesn’t bear scrutiny. For a start, active managers frequently misallocate funds, as demonstrated by the high percentage of heavily hyped start-ups that fail. But, more importantly, new offerings account for a tiny proportion of trading.

Finally, another argument levelled against indexing is that it impacts negatively on corporate governance. Surely, it’s claimed, the system depends on investment funds (which in practice are the largest shareholders) holding company boards to account? Again, it sounds a logical argument but ultimately falls flat. In fact, active managers often make bad shareholders; the repeated failure to vote against excessive pay deals for senior directors is a prime example.

But we shouldn’t leave it there. The really extraordinary thing about the Bernstein research paper is not that it’s fundamentally flawed, but that its conclusion is the very opposite of the truth. Far from undermining capitalism, the growth of passive investing is, in the words of Cliff Asness of AQR Capital Management, “capitalism at its best”.

One of the benefits of free markets is competition, which in turn leads (or should do) to an improvement in the quality of goods and services. Another is increased competition, which leads to cheaper prices, and fees and charges are, slowly, starting to fall, particularly in the US. A recent study by Morningstar concluded that lower costs are principally explained by “large inflows to [investment giant] Vanguard’s low-cost passive funds”. How can you say the growth of indexing is harming free markets when its single biggest impact has been to lower the cost of investing for tens of millions of people across the globe?

The longer a debate goes on, the more likely people are to resort to extreme arguments, and comparing indexing with Marxism certainly falls into that category. The irony of an industry that has effectively imposed a stealth tax on individuals and companies for decades now presenting itself as the bastion of a vibrant economy is plainly ridiculous. In allowing ordinary people to keep a bigger share of their investment returns for themselves, passive investing is serving a far, far greater social and economic purpose than professional stock-picking ever will.