How to pay for your grandchildren’s education – and enjoy a whopping IHT saving! 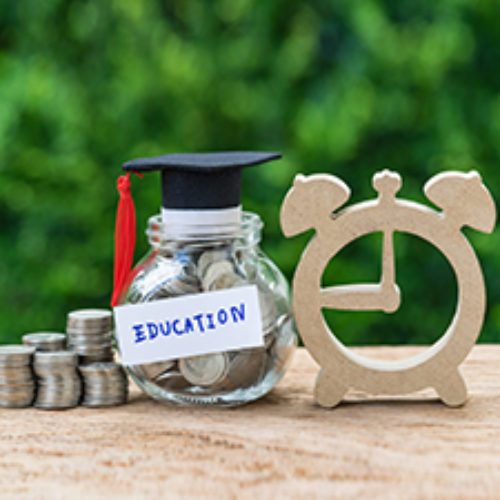 Mike and Karen, both in their late 60s, are retired hoteliers who find themselves in the fortunate position of having accumulated an estate of around £2.25m. They are concerned that, if they were both to die, Inheritance Tax (IHT) of an eye-watering £590,000 would be payable (assuming all assets passed to each other on 1st death).

Their financial planner has shown Mike and Karen, through the process of creating a lifetime financial plan together, that they can afford to gift money away to pay for education costs while also significantly reducing IHT.

Mike and Karen created their financial plan by first spending time discussing what they want to achieve in their lifetimes, such as Mike’s dream to play all of the top golf courses in America and Karen wishing to have extended breaks in Australia visiting family.

With help from their financial planner they then put a price tag on their objectives along with all of the regular bills and costs they will have to fund.

A plan was then built to show how their lifestyle could be funded, taking into account many factors, including regular income streams, return on investments and the effects of inflation. The final plan then showed clearly how much money Mike and Karen could give away without affecting their own lives while also retaining some flexibility.

As a result of the financial planning work, Mike and Karen gifted £300,000 into a discretionary trust which was set up for them by their family lawyer. The trust was set up with the main aim of providing for Imogen’s and Eve’s education costs.

The benefits of using a trust are:

Mike and Karen were extremely pleased to have peace of mind that not only were their own lives secure but Imogen’s and Eve’s education costs were fully provided for and protected.

In addition, the gift of £300,000 will potentially save a whopping £200,000 of IHT. This is because (after 7 years) the gift will reduce their estate below £2m (to £1.95m). This is extremely tax-advantageous as the full residence nil rate band (RNRB) is now available to set against their estate.

For more information on how the newly introduced RNRB works, please see Will Bleasdale’s recent post.

Stephen Rowntree is a Chartered Financial Planner at Carbon. Contact Stephen via email on stephen.rowntree@carbonfinancial.co.uk or get in touch with your local Carbon office.

This communication is for general information only and is not intended to be individual advice. It represents our understanding of law and HM Revenue & Customs practice as at 5th April 2018. You are recommended to seek competent professional advice before taking any action.