How to find a balance 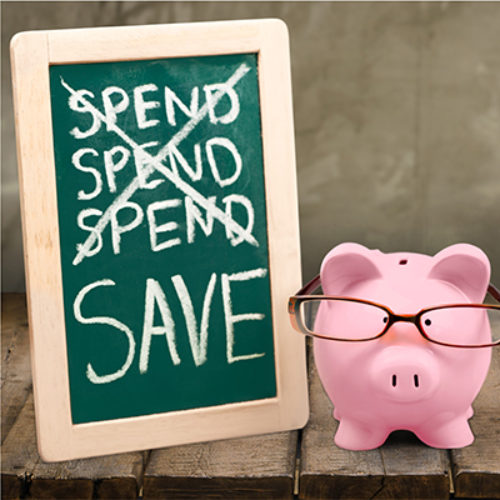 Living a happy and fulfilled life is largely about finding the right balance. We all know, for instance, that maintaining a healthy weight entails eating less and exercising more, but life would be boring if we never overindulged; and occasionally skipping that weekend run and curling up with a book instead won’t do you any harm.

It’s the same with saving and spending. Extremely important though it is to ensure that we put enough money away for the future, we need to remember that we live life in the present, and we should try to enjoy today as well as plan for tomorrow.

Most people struggle to plan

New research suggests that most British adults are not very good at long-term planning. The digital wealth manager MoneyFarm interviewed more than 1,000 adults across the country and found the following:

— 63% of people agreed they ‘live only for the moment’

— 77% admitted they didn’t look more than five years ahead

— one in five people said they had no long-term plans at all, whether health-wise, career-wise or financially.

Interestingly, 39% of women said they were not financially prepared, compared with 26% of men.

Asked to explain their failure to plan, 42% of people blamed everyday responsibilities, 22% put it down to a tendency to spend now rather than save for later, while 17% said they were simply distracted.

Commenting on the report, Professor Ivo Vlaev, a behavioural scientist from the University of Warwick, said that we are “in danger of creating a nation addicted to the quick-fix of instant gratification at the expense of important, basic long-term life goals, such as health, wellbeing and financial security”.

Behavioural scientists call this tendency to overvalue immediate awards at the expense of long-term outcomes present bias. But many people have the opposite problem; in other words, they put so much emphasis on long-term financial security that they deprive themselves unnecessarily of enjoyment in the here and now. Often they die (and possibly far sooner than they had expected to) with a large amount of their hard-earned money unspent.

So, what is the answer? How do you strike the right balance between saving for tomorrow and enjoying today?

Come up with a plan

The single most important thing you can do is to find out, with the help of a financial adviser, how much you actually need to sustain the sort of lifestyle you aspire to in retirement. You can then calculate exactly how much money you need to invest to stay on course. It may be that you’ll have to put more away each month, or take slightly more of a risk, or perhaps even both.

On the other hand, you might find that you’re in a stronger position financially than you thought; in some cases, people will seek the help of an adviser, assuming that they need to work for another five years, when in fact, with the right strategy in place, they can actually retire straight away.

Assuming you don’t yet have enough money to retire on, the easiest thing is to automate your savings and investments.

Carbon firmly believes that the secret to financial freedom begins with the construction of a financial plan tailored to help you achieve your unique personal hopes, dreams and aspirations. The first step to your financial freedom is only a call away.