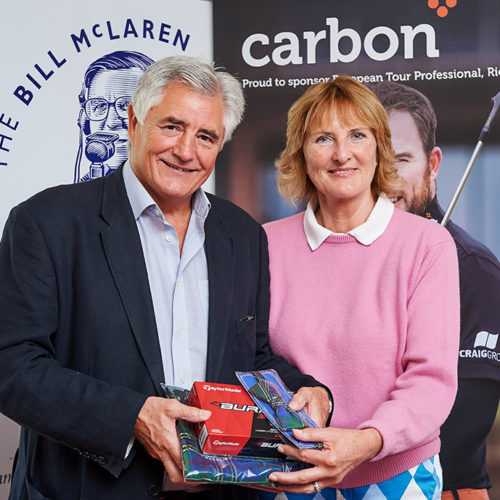 We were delighted last month to once again be sponsoring The Bill McLaren Voice of Rugby Golf Day at Blairgowrie Golf Club, set in glorious Perthshire countryside.

Spirits were high as the teams enjoyed fine weather and tackled the superb course, helping The Bill McLaren Foundation celebrate its tenth anniversary as a charity.

Since Bill’s passing in 2010 the Foundation has donated over £1 million to good causes, supporting mainly grassroots sport in Scotland, but also further afield in Africa, Hong Kong and New Zealand.

The 2019 Golf Day now looks set to have raised £5,000. To borrow a phrase from Voice of Rugby’s Chief Executive Alan Lawson, “Bill would have been chuffed with that”.

Our thanks to Steven Morgan and his staff at the Club for their efforts in organising such a successful event.

A terrific event all round. We hope you enjoy the pictures…