Fund managers' interests are not the same as their investors' 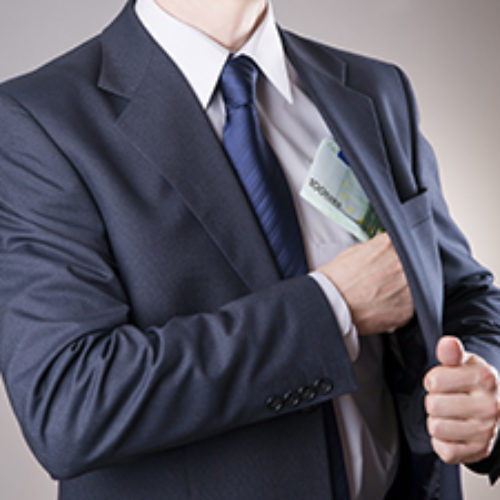 A basic principle that you, as an investor, need to understand, is the importance of ensuring that the interests of everyone you pay to manage your money are as closely aligned with your own as possible.

If you use actively managed funds, you are, in effect, giving up a proportion of your returns to a whole range of different intermediaries. As well as the actual fund manager, the others being paid include brokers, custodians, consultants and researchers. How do you know whether the interests of all these different parties are in line with yours?

Well, let’s look first at the individual fund manager. It’s fair to assume that fund managers are motivated to some extent or other by financial incentives. Fund management is generally very well paid so, as a starting-point, a manager wants to keep their job. But more than that, he or she wants to earn the largest salary and the biggest bonuses they can.

You might assume that all of those goals are best met by ensuring that you, as an investor, enjoy the best possible outcome. But if you scratch beneath the surface, the picture is rather more complicated than that.

Anton Lines, a postgraduate student at London Business School, recently produced a paper called Do Institutional Incentives Distort Asset Prices? In it he demonstrates how performance-related pay often makes fund managers behave in ways which are not necessarily in the best interests of the end investor.

Mr Lines then looked at index funds and at institutional investors who do not earn bonuses for outperformance, and found that they did not share that trading pattern. Therefore, he concluded, incentives do influence the way that active managers behave.

One of most the damaging unintended consequences of performance-related pay from an investor’s standpoint is short-termism. Say, for example, a manager has performed well in the first six months of the year. Inevitably there’s a strong temptation for that manager to secure their end-of-year bonus by ‘playing it safe’ in the second half of the year, and staying close to the index.

It works the other way as well. A manager whose first-half returns have been disappointing has no option but to take more risk over the next six months in order to earn a bonus. The incentive to take additional risk is even greater if the manager fears for his job. In both cases, though, the fund manager is incentivised to act in a way that is not in the customer’s interests.

But remember, it’s not just the interests of the individual fund manager that might conflict with your own. So too might those of his or her employer. Fund management companies have staff other than fund managers whose pay levels, to some degree or other, are connected to performance. As well as senior executives, these might include, for example, sales and marketing staff. Crucially, fund houses also have shareholders, who naturally want to see a healthy return on their investment.

So, how do fund management companies boost their share prices and the dividends they pay to their shareholders? Again, you might think that it’s all about having happy customers. But in fact the easiest way to generate bigger profits is to increase assets under management. Because fees are payable on an ‘ad valorem’ basis — i.e. as a percentage of the total assets managed — the more assets a particular fund attracts, the higher the revenues produced.

That is why, for example, fund houses often heavily market funds that have produced strong returns over a relatively short period — say, three or five years. Investors then pile into those funds, sometimes just as performance starts to revert to the mean.

Similarly, if a young, up-and-coming fund manager has enjoyed success managing a small fund, his or her employee will often try to capitalise on it, by giving that manager a bigger fund to run. But, as the authors of a recent study called Diseconomies of Scope and Mutual Fund Performance identified, all too often, it doesn’t go to plan.

“We find that fund alphas are negatively related to measures of the scope of manager responsibilities”, the researchers concluded. “Results suggest that better performing managers experience increases in scope that eliminate outperformance.” In other words, the pressure to maximise profits sometimes means that genuinely skilled managers are given so much responsibility that, with all the additional distractions, they are unable to outperform.

In conclusion, active asset management is fraught with conflicts of interest, many of which cost you money. Investors should therefore seek to minimise those conflicts as much as possible. Better still, they should eradicate them altogether by refusing to pay for active management at all.