Don’t write off the value premium 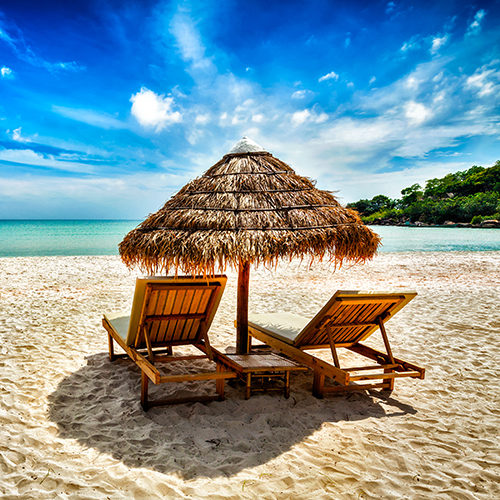 Every investing style has its time in the sun. In the past decade, the sun has shone brightly on high-relative price ‘growth’ stocks, while relatively cheap ‘value’ stocks have remained deep in the shadows, neglected and unloved.

This has sparked a vigorous debate among investment professionals about whether growth stocks, like formerly pasty-skinned holidaymakers falling asleep on Mediterranean beaches, have had too much of a good thing, or whether value is out of favour for good.

Certainly, there is a significant body of research showing there is a long-term premium available for investors who tilt their portfolios away from glitzy growth towards less fashionable value stocks – ones with low prices relative to fundamentals like earnings or book value.

The problem is that no one has been able to predict exactly when and where that premium will turn up. That hasn’t stopped some of the world’s best fund managers from trying to detect a pattern, but most admit that timing is a fool’s game.

As to why growth stocks (Amazon, Apple, Microsoft, etc.) have enjoyed such a run, there are several theories. One is that the era of central bank-led cheap money lifts the relative attraction of the expected strong future cashflows of growth stocks. This is known as the hunt for yield.

Another theory is that in an era of stagnant economic growth and significant technological disruption of many industries, such as retailing and media, the share prices of traditional capital-intensive businesses risk becoming permanently depressed. This is known as the ‘value trap’.

A third theory is that the growth of so-called ‘passive’ investing, in which funds just seek to track an index instead of making active bets on individual stocks and sectors, has created a self-perpetuating cycle in which high-priced growth stocks just become more and more inflated.

But these explanations, however persuasive on the surface, still overlook the fact that long periods of underperformance for value are not unusual and, in any case, don’t really tell us anything about what might happen next.

They also neglect to consider that the problem is not so much that something has gone wrong with the value premium, but that growth has had quite an exceptional decade.

Analysis by Dimensional Fund Advisors shows that while growth’s annualised compound return of 16.3% in the past decade was much stronger than its return over 90 years of 9.7%, the performance of value in the most recent ten years at 12.9% was close to its long-term average.

A second point is that much of the attention on the value-growth conundrum has focused exclusively on the US market, when in fact the value premium has been positive in many other markets over the past decade, including New Zealand, Singapore, Canada and Australia.

Previously, when value has turned up, it has done so in spectacular fashion, such as after the tech wreck of the early 2000s.

We can draw a few conclusions from this. One is that the evidence still points to a long-term premium from value. That doesn’t mean it will be there every year or even every decade. Of course, if it was predictable, it wouldn’t exist. It would be arbitraged away.

A second conclusion is that these premiums aren’t uniform across different markets, reinforcing the need for global diversification. At some point, value will turn up somewhere, so if you spread your net sufficiently wide, you’ll capture it.

A third conclusion is that you don’t have to be focused entirely on value anyway. Your portfolio can be a mix of large, small, growth and value stocks. You might tilt your portfolio towards value, but you can still get the benefit of growth when it is having its time in the sun.

Finally, consider this. The spread between value and growth stocks, measured by book-to-market ratios, is now as wide as it was in 1992, when Professors Eugene Fama and Kenneth French published the landmark paper ‘The Cross Section of Expected Stock Returns’ which highlighted the value premium.

That means the potential for outsized returns is greater now than it has been for some time. But as Warren Buffett says, you need to be patient and you must know that you can live with the ups and downs in the meantime.

So, don’t write off the value premium. It will find its place back in the sun. We just don’t know exactly when.