The dangers of overconfidence 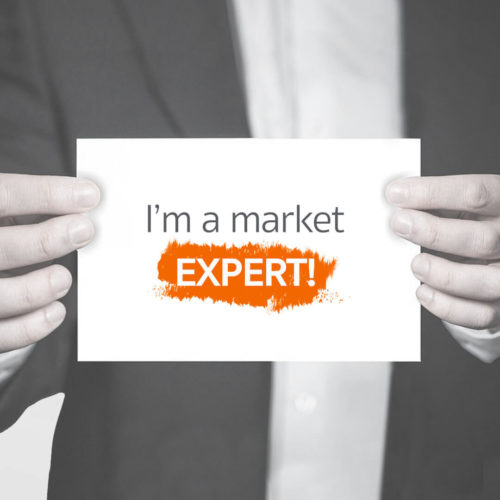 Have you noticed that everybody is an expert nowadays? Every opinion is deemed as valid as every other and people, at least in their own minds, quickly ascend to savant status simply by reading a feature article on their favourite topic.

This tendency toward self-confidence is mostly harmless, beyond being bored rigid by a know-it-all uncle at a dinner party. But when it comes to investment, people can lose fortunes by assuming that they, or someone else, knows more than the market.

Luckily for investors, an entire branch of psychology is devoted to studying our innate mental biases and the manifestations of those biases in unjustified feelings of omniscience, authority, expertise, influence and agency.

The illusion of superiority

One strand of this study led to the Dunning-Kruger Effect– a cognitive bias named after two US psychologists who found that people who are incompetent not only fail to recognise their ineptitude but also tend to think they are better than average.

In that study, people who scored worst in tests of grammar, humour and logic also tended to wildly over-estimate how well they did.

“People who lack the knowledge or wisdom to perform well are often unaware of this fact”, Dunning and Kruger wrote. “The same incompetence that leads them to make wrong choices also deprives them of the savvy necessary to recognise competence, be it their own or anyone else’s.”

At the other end of the spectrum, the study found that those who are objectively recognised as experts in their field have much more realistic views of their abilities and, if anything, tend to underestimate their knowledge relative to others.

This latter finding is reflected in the old saying that becoming an expert in a subject is not just about acquiring more knowledge about that particular field but also about being able to recognise how little you know.

Even experts delude themselves

In global financial markets, where millions of participants buy and sell securities every second of the day based on ever-changing information, the danger of over-confidence (and, likewise, the benefit of humility) are well-documented.

In a paper published in 2006, behavioural finance expert James Montier posed 17 questions to a sample of nearly 300 professional fund managers, including one that asked them to judge the odds on various fantasy scenarios.

The most common bias Montier came across was over-optimism or the tendency to exaggerate their own abilities. This was particularly prevalent when survey participants suffered from the illusion of control or that they knew more than everyone else.

For instance, 74% of the sample thought themselves above average at their jobs. Of the remaining 26%, most thought they were average, but very few, if any of the survey sample, said they were below average.

Montier said this showed that even professional fund managers can and do delude themselves. And even the people who did best in the test results still tended to exaggerate their abilities and looked for information that agreed with their views.

The father of behavioural economics, Professor Daniel Kahneman, has said that if he had a magic wand and could eliminate one bias from human behaviour it would be the tendency toward overconfidence.

“Society rewards overconfidence”, Kahneman says. “If our leaders told us the truth about uncertainty, we would discard them in favour of other leaders who give an impression that they know what they are doing.”

For investors, the lesson out of this is to be wary about claims from supposed ‘experts’ about the likelihood of various forecasts panning out or those who claim to be able to second-guess market prices as a guide to future returns.

Warren Buffett has said much the same thing, arguing that temperament, rather than expertise, is a better guide to who will succeed in investing over the long term.

“Basically, any attempts to pick the times to buy or sell, I think, are a mistake for 99% of the population”, Buffett said in an interview in 2017. “To some extent, the smarter you try to be, the worse you do in your investments.”