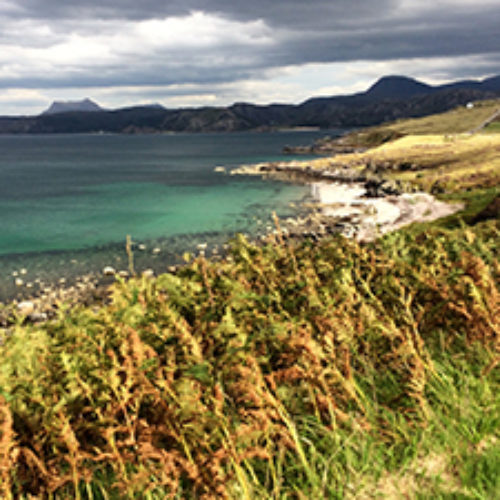 It was the equivalent of scaling Everest and Ben Nevis back-to- back but our “Carbon Fivers” team certainly rose to the challenge.

Over the course of five days on remote Highland roads assailed by wind and rain, our group tackled climbs topping 33,500 feet.

They say that when the going gets tough, the tough get going.

The nine-strong band passed the test with flying colours so our chosen charity, The Winning Scotland Foundation, will be boosted by more than £30,000 thanks to their efforts.

We are delighted that Winning Scotland Foundation ambassador and record-breaking long-distance cyclist Mark Beaumont will be attending a celebration event planned for Edinburgh’s Royal Botanic Gardens on November 2.

Gordon Wilson, Carbon Financial Partners’ managing director, said: “I have to pass on my heartiest congratulations to the team which completed this arduous challenge to boost a deserving national charity and mark our fifth anniversary in style.

“I would also take this opportunity to thank the many clients and businesses who have supported the venture so generously.”

Adventurer Mark Beaumont added: “Huge congratulations to the team from Carbon Financial for completing the North Coast 500, a stunning but pretty gruelling route, and for their sterling efforts in support of the Winning Scotland Foundation.”

Carbon’s Mark Christie has hailed the camaraderie of the group, saying: “Let’s just say the weather could have been kinder.

“It was very draining if you allowed yourself to think of how many miles it was to the next break. We all had some low moments along the way but mucked in to keep each up other’s spirits.

“It is a fantastic route but if I was doing it again I would be taking a bit longer getting round. How Mark Beaumont managed the North Coast 500 in one fell swoop really is quite incredible.”

The team relied on back-up and provisions provided by support team Alison Whyte and James Chassels, with charity ambassador and top cyclist Fiona Duncan joining them on the final leg back to Inverness.

Surprisingly, they had only three punctures and a buckled tyre to contend with en route, while Mark only discovered on the last leg that his discomfort hadn’t been helped by a curiously angled seat!

Donations can still be made at mydonate.bt.com/fundraisers/carbonhighland500