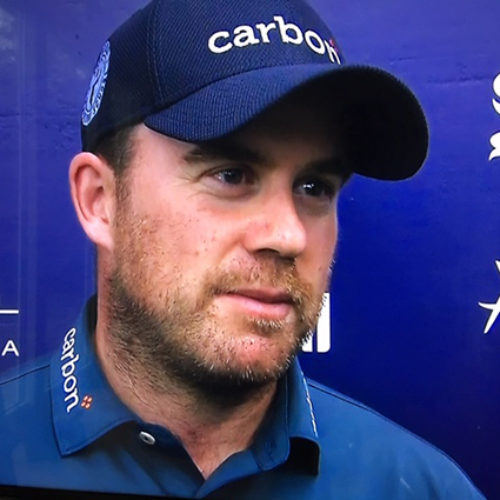 CARBON’S European Tour ambassador Richie Ramsay endured an emotional finale to the 2018 season when holding onto the all-important playing card hinged on holing his final putt at the Andalucia Valderrama Masters. Now, after a relaxing winter break, the Scot is preparing to get back to work on the Middle East Swing. Now Richie is looking forward to fresh challenges and mapping out his targets for 2019.

“I’m starting off the year with the Abu Dhabi HSBC Championship before going on to the Dubai Desert Classic and the Saudi International. After heading home for a short break it’s on to the Oman Open, Qatar Masters and the Kenyan Open.

“I haven’t been able to play over the last couple of weeks after tweaking my wrist playing off mats trying out some new equipment.

“But I had good quality practice with the sun on my back when we were having a family holiday in Cape Town. Four days there was the equivalent of two weeks in Scotland at that time of year.

“After all the drama of going down to the wire at Valderrama to keep my European Tour card I needed a break and some quality time with Angela and our daughter Olivia.

“People who travel a lot in business and face long hours on flights and in meetings will know how important it is to recharge the batteries. It has been good to switch off after the mental and physical demands of last year.

“As much as I love golf it can beat you up at times. Golfers playing in club Saturday medals will tell you that! I liken it to being a boxer. If you take the hits, sooner or later you’re going to go down. Then it’s all about how you bounce back.

“I trained in the gym every day in South Africa, ate well, sampled some nice wine and enjoyed time with the family. So now I am refreshed and raring to go again.

“I have been asked a lot about that three foot putt on the last at Valderrama knowing the card was on the line. I’ve had some very positive comments about how well I handled being under the cosh.

“I was playing that day with a good friend Alejandro Canizares – I remember playing with his dad and Ryder Cup player, Jose Maria, when I was younger. Coming off the 18th he admitted he hadn’t realised I was playing for my card. He had wondered why I was breathing so deeply on the 18th! Alejandro said to play that well under so much pressure was brilliant. He went on to get his card at Q School so it will be great seeing him again this year on the Tour.

“Playing well under pressure, when it really counts, is one of the best things about being a golfer. Somewhere down the line that memory will stand me in good stead. But hopefully next time I will be calling on that experience when I am chasing a win.

“I have had great feedback and support from fellow pros and all my sponsors, with the team at Carbon always being so positive and encouraging.

“During the winter break I have been looking over my stats and the target for this season is to improve on my percentages for getting up and down around the green and holing putts within 10 feet, where I feel there is scope for improvement.

“I have drawn-up a few targets for the year ahead. I noticed top American player Justin Thomas had all his goals on his phone. It’s not as if I am looking to be world number one, like him, but it’s a wee reminder for me going forward as I look to compete for wins going down the stretch on a Sunday or make the ‘Race for Dubai’ again.”