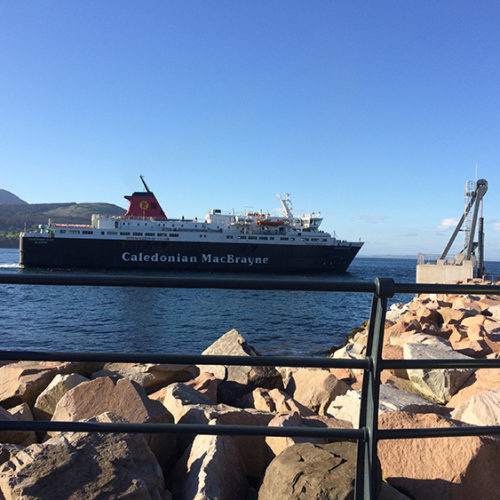 A small crew headed off on the ferry to Arran and, fuelled by the mandatory CalMac breakfast, we first took on the ‘rolling’ hills of the south end of the island, enjoying views of the Holy Isle and the boats in the bay.

We then battled the wind up the west side of the island for a well-earned break, after a tough 30 miles, at Machrie, and a great lunch at Café Thyme.

From there it wasn’t far to Lochranza and, as we turned the corner at the top of the island, the benefit of a tailwind. The advance party flew up the big hill out of Lochranza and on to Brodick where they caught the earlier ferry, while the rest of us took things at a more leisurely pace, enjoying a pizza in Brodick before rolling along to the ferry in the early evening sun.

Thanks very much to everyone who came along on what was a great day!