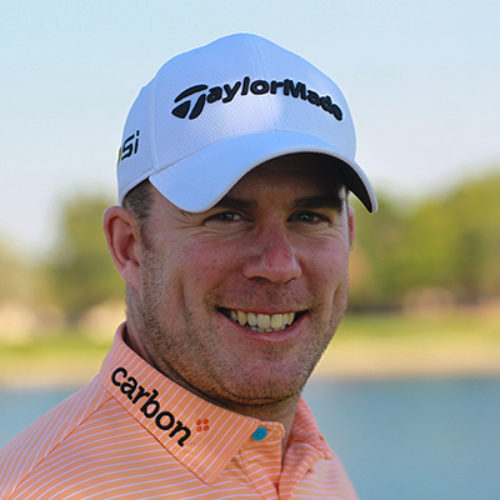 CARBON’S European Tour ambassador Richie Ramsay leapt to number 32 in the rankings after a successful 2017 season. Here, Richie reflects on a year when he played 27 tournaments, including The Open and the US Open – and savoured a joint second place at the Dubai Duty Free Irish Open.

“I would say it has been a successful year, no doubt about that. There was plenty consistency to my game. There wasn’t really a lull over the year. My goal was to improve on the previous year and I felt I did that.

“Of course you always look to score better and it’s good to know there is still room for improvement going into 2018. There’s a lot more in the tank.

“I need to be making a few more birdies and that’s down to hitting my short irons that bit closer on a more consistent basis and holing a few more putts.

“Among the highs? Coming second at the Irish Open in a strong field was among the highlights but so was teeing off in the fourth last group at The Open at Royal Birkdale on the Sunday. That was as good as it gets without winning a tournament, given you’re in there with the best players in the world.

“It’s great to give my sponsors a good profile. I wear the Carbon black and orange colours on Fridays at tournaments and the company logo certainly looks good on TV. It stands out in interviews.

“I also like to think of creative ways to add value for my sponsors, like the social media cross-sport challenge I did with Scottish Rugby, Stuart Hogg and Nathan Hines at BT Murrayfield. You can see it on You Tube.

“Golfers like to have a routine and to keep it simple off the course. The arrival of our daughter Olivia last year meant things had to change. But we have adapted and I believe in what I am doing.

“Having family means your mind set changes with regards to what is important. The biggest battle this year was trying to find the balance between being the best I can be and making sure I was spending enough time on the home front with my wife Angela and daughter Olivia.

“It is tough striking that balance between work and home life to get the best of both worlds. I’m sure anyone trying to grow a business will identify with that.

“A friend talks about getting sub-routines right so life is sorted away from the golf course, making sure the bills are paid and things around the house get done. I don’t want little things niggling away at me when the new season starts.

“It certainly got a bit crazy over the last five weeks of the season. I flew through Dubai to Hong Kong and from Shenzhen to Shanghai for a week. Then it was on to Antalya via Istanbul before Sun City in South Africa and back to Dubai.

“I will have a break now with the family before Abu Dhabi signals the start of the 2018 season for me in January. Around this time of year I always sit down and analyse what I can do better and work out what I want to achieve next time round.”