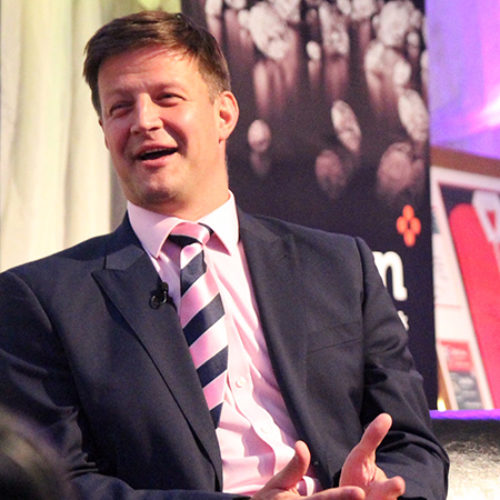 Carbon was proud to sponsor the milestone event in the history of The Eagles, with Perth-based directors and staff enjoying close ties to a community club with hundreds of members spread across the various age groups.

The club was founded in 1868 and is one of the oldest in Scotland.

“The dinner was a magnificent way to celebrate the club’s 150th anniversary and we were delighted to play a role as the main sponsor,” said Carbon managing director Gordon Wilson.

“Perthshire is a fine example of what the sport of rugby can bring to a community, nurturing a pathway for young talent at under age at mini and midi level as well as supporting the 1st XV, girls and ladies teams, sevens and seniors – and nurturing close ties with the local schools.

“The evening was a huge success and it was nice to see the club and guests supporting ‘My Name’5 Doddie Foundation’ with an auction as part of their celebrations.

“With Murrayfield hosting a weekend visit from South Africa as part of the autumn Test series, it was appropriate that renowned Springboks forward Bob and former Scotland back Rory entertained guests with tales from their international careers.”

Carbon enjoys a range of rugby sponsorships, including Strathallan’s 1st XV and support for the Bill McLaren Foundation, which has recognised Perthshire’s ambitions for nurturing a Centre of Excellence in the Fair City.

Welcoming guests, Perthshire president John McLaughlin reflected on the origins of the club in the Victorian era and some of the leading players produced at the North Inch.

“This is an historic year for the club,” said Mr McLaughlin. “We span a period which has gone from horse-drawn transport to space exploration.

“Perthshire RFC has touched hundreds of thousands of lives over those 150 years, nurturing the talent of successive generations and maintaining the ethos which we hold so dear.”

Mr McLaughlin acknowledged the support from businesses, with Perthshire creating a pioneering Centre of Excellence with backing from the Bill McLaren Foundation.

“The continuing support from Carbon is magnificent. Sponsorship is vitally important in pursuing the ambitions of the club.”

M/C Rory Lawson, grandson of the late commentator Bill McLaren, said the spirit of the Perth club was reflected in a Scottish Rugby Tennents volunteer of the month presentation to long-time servant and youth coach Jeremy Wares.

He played an integral part in setting-up the pre-season Glasgow Warriors clash with Harlequins in Perth.

The Michelin starred chef, who operates his restaurant at Macdonald Houston House Hotel, Uphall, has continued to dedicate himself to the club despite being diagnosed with Parkinson’s nearly a decade ago.