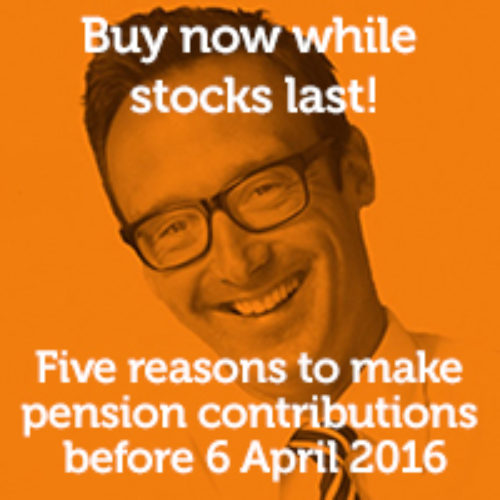 At Carbon we’re not fans of sales techniques, but there really is a closing window for many individuals in terms of the ability to make pension contributions at a reasonable level.

There are several factors that mean that making a pension contribution now, before 6 April 2016, and probably, to be safe, before the Budget on 16 March, makes sense. Five of these factors are as follows:

Pensions can be very tax-efficient, and are now much more flexible than they used to be, so consider making a contribution now while you still can!