Bonds aren’t supposed to be sexy 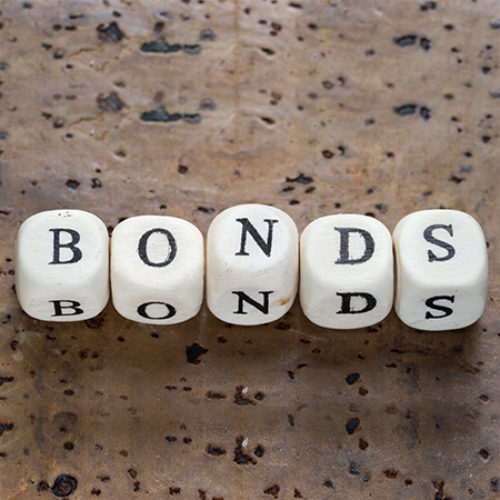 Let’s face it, bonds are a pretty boring asset class. The stock market is far more exciting. It’s where the biggest returns are found and the real money is made. It’s also what the financial media tends to focus on.

Bonds, in fact, have been out of favour for several years, with low interest rates not seen since the 1950s resulting in very low yields. Why then, should you invest in bonds at all?

Bonds perform two main functions in an evidence-based portfolio. First, and most importantly, they offset the volatility of equities. Everyone has their own capacity for risk, and it’s important that investors take as much risk as they need to take, are willing to take, and can afford to take, but no more. You can set your overall risk exposure by adjusting the balance of stocks and bonds in your portfolio.

So have bonds been an effective antidote to stock market downturns in the past? Absolutely they have. As the Bloomberg Gadfly columnist Nir Kaissar recently demonstrated, during the 20 equity bear markets since 1928, the average return from long-term government bonds was 5%, and the median return was 3.2%.

The second reason for investing in bonds is that they provide a source of liquidity. If, for example, you suddenly need to access your money, having a decent chunk of your portfolio invested in bonds means you don’t need to sell your equity holdings at a loss.

Have bonds done the job expected of them? Yes, they have, with only one exception. As Kaissar shows, bonds returned -14.6% from December 1968 to June 1970, compared with a return of -29.2% for US equities (S&P 500). So, investors who needed to access their money between those two dates would have had to sell their bonds at a loss. In each of the other 19 downturns, though, they didn’t, and 19 out of 20 isn’t a bad success rate.

In a nutshell, then, dampening volatility and providing liquidity is all that your bond funds are supposed to do, and, as we’ve seen, historically, they’ve passed both tests with flying colours. Why, then, are so many financial professionals, commentators and investors still not sure that exposure to bonds makes sense?

The problem is often that they’re too fixated on return and yield. In their eagerness to achieve higher returns than cash, they’re tempted by riskier, high yield bonds, which can increase your overall risk exposure instead of reducing it.

OK, yields on bonds have been paltry for a while now. But so what? Don’t forget, there are two components to bond returns — the yield and the price. When the yield is low, the price is high, which is why, as a (relatively) safe haven for your money, government bonds in particular are pretty unbeatable.

In his book The Intelligent Investor, Benjamin Graham, the famous investor and mentor of Warren Buffett, wrote: “Buying a bond only for its yield is like getting married only for the sex. If the thing that attracted you in the first place dries up, you’ll find yourself realising there is nothing left”.

In short, bonds are not supposed to be sexy. Investing in them in the hope of boosting returns is to completely miss the point.

Remember, it is risk that drives returns and we only have the capacity to take a certain amount of it; we have, if you like, a risk budget. Risk is most highly rewarded when investing in equities, so that’s where investors should use up most of their budget.

Yes, bonds can seem rather dull when stocks are producing double-digit returns. It’s when volatility strikes — as it did, for example, at the beginning of February — that bonds come into their own.

Are the choppy markets we’ve seen in the intervening weeks the precursor of a long and steady decline? Nobody knows. But if they are, you’ll either be very glad you invested in bonds – or regretful that you didn’t invest in more.