Beware — the financial media is not the investor's friend 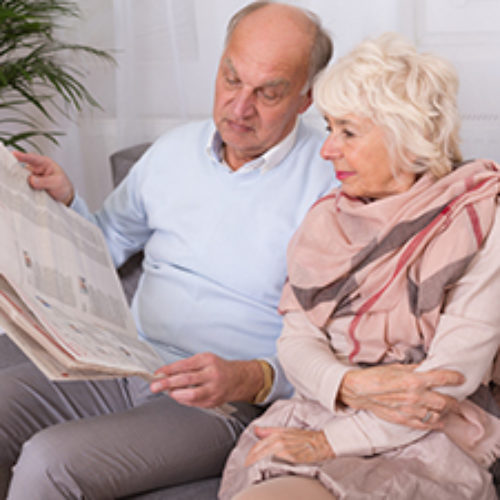 Whether it’s the print media (principally the weekend money sections or investment magazines) or their online equivalents, there are plenty of places for investors to look for advice about investing. There are some excellent journalists out there, writing about personal finance, but consumers of financial media should exercise extreme caution. Indeed, there may even be a case for investors ignoring this type of journalism altogether.

William Bernstein wrote this in his book, The Four Pillars of Investing: “99% of what you read about investing in magazines and newspapers, and 100% of what you hear on TV, is worse than useless”. That might sound harsh, but in fact, it’s pretty accurate.

Let us explain. There are principally two ways in which the media has a negative impact on people’s investment returns. The first problem is that the products which tend to get written about are often just the products you ought to avoid.

You need to remember that the interests of the journalist, and indeed the publication that he or she works for, are not necessarily aligned with your own. For a start, most of these publications would not even exist were it not for advertising from the big asset managers and fund retailers.

The industry is all too aware of the benefit of having journalists write in positive terms about its products. So, for instance, it funds glitzy awards nights where the winners are often the journalists and publications who have been the most ‘on-message’; it also offers journalists expensive lunches, tickets to sporting events and even overseas trips.

How much impact all this has in practice is very difficult to say, but it does raise important questions. However principled individual journalists may be, however determined to protect editorial independence, it’s very hard in the real world to bite the hand that feeds you.

There is, however, another, and perhaps even bigger, conflict of interest to consider, and it is this: the media relies on the fund industry not just financially, but also for the stories it provides. Without it, there would be precious little to write about. Let’s face it, recommending every week that readers simply buy and hold a widely diversified portfolio of low-cost index funds is not a great way to boost circulation.

The fund industry knows the media has an insatiable demand for news and comment, and with active fund management, there’s always something new to write about — new funds, new managers, new trends and so on. So fund houses pay PR agencies to produce a steady stream of ‘stories’, many of which end up in print. Some appear to have been more or less cut and pasted from a press release.

So, to the second way in which the media often ends up harming investors rather than helping them. Simply put, the media, consciously or otherwise, stimulates unnecessary activity; it encourages investors to take action when, for investors with an appropriate plan in place, the best thing is almost invariably to do nothing. This is what lies behind Carbon’s fourth investment principle: “active buying and selling adds significant cost and erodes value”.

Probably the biggest offenders here are the financial television news channels, which tend to appeal to viewers’ emotions. Simply watching the likes of CNBC and Bloomberg, for example, can make us want to buy when markets soar and sell when they plunge.

Another problem is that channels such as these love their pundits — people who claim to be able to forecast future price movements, and to spot which stocks, sectors and funds are likely to outperform. But the evidence shows that the track record of these pundits is dreadful, and that all such tips and forecasts are best ignored. That’s why Carbon’s sixth investment principle is “forecasting is folly”.

Print journalism, though, can be just as harmful. One of the reasons for this is that journalism generally (not just financial journalism) tends to focus on bad news rather than good news. As Bill Gates once said: “Headlines, in a way, are what mislead you, because bad news is a headline, and gradual improvement is not”.

The investment blogger Michael Batnick recently wrote an excellent article about the stock market bull run which began in March 2009. Since then, stock markets around the world have more than doubled in value. And yet for eight years we’ve had an almost incessant barrage of bad news. Examples include the debt crisis in Greece and the threat to the euro, fears that Deutsche Bank may be another Lehman Brothers, worries about a hard landing for China, the uncertainties created by Brexit and the election of President Trump. Each of those was cited at the time as a reason to sell (or at least not to buy) stocks, and yet those who acted on that news lost out on huge potential gains.

Batnick then lists a number of positive developments which have contributed to the bull run and yet, because they were gradual, they generally didn’t make the headlines. These include advances in medicine, high-speed wi-fi, the growth of airline travel, greater fuel economy for cars, solar energy becoming a viable option, and a combination of greater transparency and falling costs in the investing industry.

In conclusion he says this:

“The fact that bad news is disseminated ten times as fast as positive news is one of the biggest reasons why it’s so difficult to just capture market returns. It’s as simple as buying the total market index fund and leaving it alone (and yet) it certainly isn’t easy, because bad news smashes your face against an amplifier, while good news just plays quietly in the background.”

To an unsuspecting investor, the financial media may seem like a friend, but often it isn’t. By all means, read the financial pages, but remember to think very carefully before acting on anything you read. As for CNBC, it’s probably best ignoring that altogether.