Beware of fund tips in the media 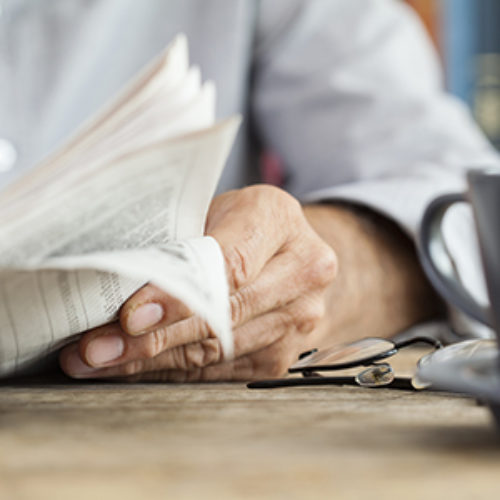 One of the most obvious places to look for suggestions on which funds to invest in is in the national press. But no matter how compelling a case journalists make for a particular fund, there are very good reasons to avoid funds featured in the media altogether.

So, why is that? Well, the first reason is that the sort of funds you should be buying — in other words low-cost index funds — generally receive very little coverage. Newspapers thrive on stories, and the active fund industry always has a plentiful supply of stories to offer. Index funds, on the other hand, are inherently dull; nobody wants to read, week in and week out, about the wisdom of buying and holding a portfolio of index trackers.

Remember, as well, that the investment media is largely funded by advertising revenue from the fund industry. Fund houses have much less incentive to promote their index funds because they make less money from them. It’s also in newspapers’ interests to write about its advertisers’ products. To be overtly critical, or not to mention them at all, would be ‘biting the hand that feeds’.

Secondly, the funds that asset management companies try to interest the media in tend to be those that have been on a strong run. Typically they will have outperformed, say, for one, two or even three years. But, over longer periods, the overriding characteristic of fund performance is mean reversion. What often happens is that a particular investment style that has been successful for a few years suddenly stops working. In other words, investors are tempted to ‘chase performance’ and invest in funds just before they start to underperform.

Despite being constantly warned in the small print that past performance is no guarantee of future performance, the evidence shows that investors are greatly swayed by how well a fund has performed in the recent past. Let’s face it, we all like to back a winner. The industry is all too aware of this emotional bias, and indeed it plays to it, promoting just the right funds at just the right time for the fund management company, but often at just the wrong time from the consumer’s point of view.

A third reason for avoiding funds you read about in the papers is that, in most cases, the ‘experts’ recommending them are neither expert nor independent. Often they are spokespeople for brokers and money supermarkets. Britain’s best known broker is Hargreaves Lansdown, whose ‘best buy’ list, the Wealth 150, is regularly featured in the weekend money sections.

As you’d expect, Hargreaves claims that, over the years, clients have benefited from its recommendations. But although it’s keen to talk about its hits, it rarely mentions its misses. When the Wealth 150 was created in 2003, there were 141 funds on it, but now there are just 90, and many of those have been added to the list in the meantime. In other words, dozens of funds that Hargreaves has tipped in the media have flopped — funds like Anthony Bolton’s Fidelity China Special Situations Fund, for example, which lost more than a third of its value in 2011.

A fourth reason to avoid recommendations in the press is that very often the funds that receive the most coverage are brand new, and new funds are almost invariably best avoided. A good example of a new fund being touted at the moment is the People’s Trust, which will aim to return 7% a year over a seven-year period, including assumed inflation of 2%.

The main reason why the People’s Trust is receiving so much attention is that it’s run by Daniel Godfrey, who was controversially ousted as CEO of the Investment Association after trying to introduce pro-consumer reforms. The Trust has much to commend it; for example, it will take a long-term view, it’s going to support the green tech sector, and Godfrey and his fellow board members have agreed to invest more than £1.5m of their own money in the fund as a mark of their confidence in its potential to outperform.

But there are big drawbacks with the People’s Trust as well — not least its annual management charge of 1.07%, which will make it one of the more expensive active funds on the market. The Trust will have to beat the market, before costs, by at least 1.07% simply to justify the expense of investing in it. That’s a very tall order indeed.

By all means read the money pages if you want to, but be very careful about making investment decisions on the basis of what you read in them. And remember Carbon’s fifth investment belief: investments that look too good to be true always are.