An evening webinar with Mark Beaumont 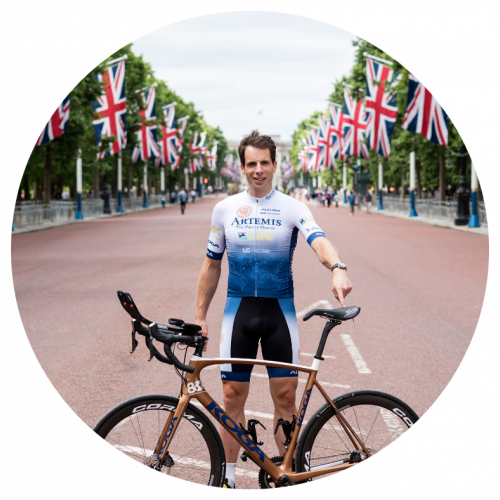 He has circumnavigated the globe twice on a bicycle; he almost drowned when a transatlantic rowing expedition foundered; and his other daredevil exploits have included mountaineering and hauling a boat across the unforgiving polar ice cap.

But like everyone else, Scots adventurer Mark Beaumont found his world reduced to a postcode by the virus lockdowns of the last 12 months.

In the third of Carbon’s series of webinars hosted by managing director Gordon Wilson, Mark recalled some of his more memorable challenges – and a few he would rather forget.

Ironically, an altercation with a concrete birdbath left a pinkie finger like a ‘smashed meringue’, demanding a three-hour operation.

“The two most serious injuries I have had have been down to DIY,” he observed. “Perhaps I should take a lesson from that!”

While his extraordinary, record-breaking ‘Round the World in 80 Days’ challenge thrust him into the limelight, Mark is a hard man to pigeonhole.

Author, broadcaster, documentary maker, problem solver, podcaster, charity fundraiser and a backer of embryonic businesses are just some of the roles he has played, which made for a fascinating 90 minutes in his company online.

Having tackled a 300km free-ride descent from the world’s highest volcano in Chile to the Pacific Ocean shortly before the pandemic struck, Mark found his horizons rather more limited back in Edinburgh.

“Having travelled to 130 nations and pretty much used Edinburgh airport as a local bus stop, I couldn’t travel beyond the city bypass.

“In building any of the expeditions I have undertaken, there are aspects that can’t be controlled and plans have to be adapted. But this was unprecedented for everyone.

“During the first lockdown the ‘World in a Day’ challenge saw hundreds of cyclists getting involved every Thursday for six weeks, raising money for charity. That was very heart-warming.”

Inspired by an American athlete, Mark and one of his young daughters looked out the Edinburgh A-Z street map, and set out on a mission to run and cycle every street in Edinburgh covering 500 miles together come rain, hail or shine.

“The bigger expeditions have to wait for a while,” he said, while revealing that another Land’s End to John O’ Groats event, and a retro style 2000k UK gravel race, are on the cards this summer.

Mark, who is fascinated by the psychology of adventure sports, admits his enduring philosophy has been ‘ride the road in front of you’.

He is adamant that lessons learned from experiences gained under the most intense pressure – he recalled vividly a brush with death when the team’s boat overturned in the Atlantic – can translate into the world of business.

“The ‘Round the World in 80 Days’ challenge was more than two years in the making – essentially it was a start-up – and eventually I had a team of 40 behind me.

“But we live in an imperfect world. Stuff happens. So every day you have to adapt the plans you set out. Much the same holds true in business.

“Our team has made these leaps in performance because we have a process that I am very proud of.

“But what sticks with you are the special memories from each expedition.

“It’s the moments which will stay with you for the rest of your life, the fun things that happen when you commit to hard things. Everyone can relate to that.

“Business is important, as is financial security. My family comes first.

“But all of us want to do stuff that makes us think our time is well spent.

“For each of the projects I have taken on over the last 17 years, a part of me wants to encourage others to have the quiet confidence to embrace their own ambitions.

“That comes through in my mentorship, which is about encouraging people to believe they can take on their big ideas.

“I see that all the time in business, whether it is backing early-stage science, engineering and technology companies or going out as an athlete trying to build major broadcast projects.”

Mark was delighted to renew his ties with Carbon, recalling how they hooked up previously for a ‘Winning Scotland Foundation’ fundraiser in Edinburgh.

“It does phenomenal work with young people in schools and I know Carbon have done some great work for charities across the years,” said Mark.

*Look out for a second season of podcasts and another book from Mark – and catch up with his amazing adventures on the Global Cycling Network on YouTube.