Was active management a deliberate con? 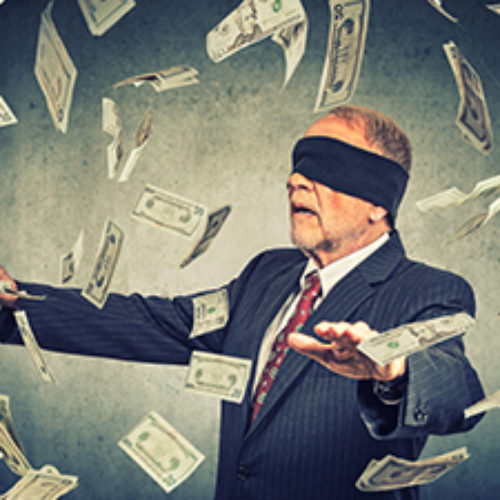 The active fund management industry has been having a bad press lately, and rightly so. Around the world, and in the US in particular, investors have been pulling out of active funds in their droves as more and more evidence emerges of poor performance and a lack of transparency over the fees and charges that investors are actually paying.

Here in the UK, the Financial Conduct Authority is due to publish the final report on its market study on competition in asset management by the end of June. The interim report submitted last November was damning — it pointed to failures right across the industry — and the final version is expected to pull no punches.

Of course, none of this is anything new. For those who looked for it, the evidence has been there since the mid-1970s that investors were getting a bad deal. With the benefit of hindsight, then, it might look to some as though active management was an elaborate conspiracy, or an industrial-scale hoax. Indeed some commentators have described it in those sorts of terms.

Some, for example, have drawn comparisons between active management and the big tobacco companies in the 1960s and 70s which, we now know, did conspire to mislead the public, and spent vast sums of money trying to obscure the facts of the health effects of smoking.

In reality, though, it’s hard to argue that the rise of active management was either deliberately planned or orchestrated.

So, why did it happen? There were several things that allowed it to flourish, such as the prevalent use of adviser commissions, light-touch regulation, the industry’s political influence and, perhaps most important of all, a sustained period of strong performance by global equities; as long as the value of their portfolios continued to rise, few investors stopped to ask whether active management was actually adding any value.

Combined with the lack of understanding and innate behavioural biases of the investing public, this proved a potent mix, and, as assets under management grew, a host of other intermediaries increasingly benefited too. These included investment consultants, ratings agencies, stock analysts, custodians, platforms and fund supermarkets. Inevitably, knowing which side their bread was buttered, these gatekeepers also became vocal cheerleaders for actively managed funds.

Another consequence of the growth in active management’s popularity was that it generated huge budgets for PR, marketing and advertising. The 1980s and 90s saw a mushrooming of the financial media, largely funded by industry advertising. Journalists had a constant appetite for stories to fill air time and column inches, and the industry was only too happy to provide them. This, in turn, gave the markets and asset management a far bigger place in people’s lives; it made us trade far more often than we should have done; and, of course, it perpetuated the myth of the star fund manager who, in return for what seemed like a relatively modest fee, could help us to beat the market.

Does that mean that those fund managers, all those intermediaries and media outlets, conspired to deprive investors of their rightful share investment returns? No, it doesn’t. They were doing their jobs. It was lucrative work, and they took advantage of it. Active management wasn’t a conspiracy. It was a chronic market failure. And the root cause wasn’t deviousness or greed; it was simply the fact that not enough people asked the right questions.

We started asking those questions over 10 years ago. The answers led us to a plethora of academic, peer-reviewed research from eminent professors and Nobel Laureates and from this, Carbon’s investment philosophy came to life and remains unchanged today.